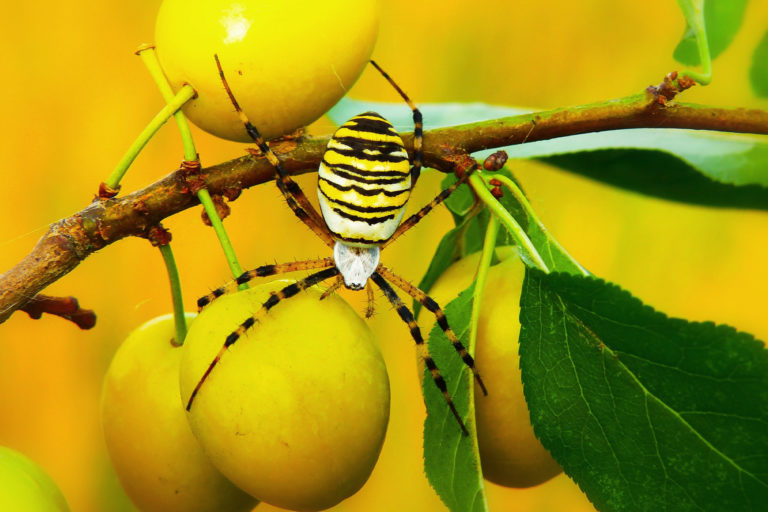 The prevalence of political and scientific misinformation in the media is a hot topic these days, and rightly so, it has serious negative consequences for society. Emerging research shows that even the animal kingdom isn’t immune to the dangers of misinformation: A new study has quantified the global spread of misinformation about spiders, giving clues on how to stem the flow of falsehoods.

The research, published as a pre-print and currently undergoing peer review, is the product of a massive effort by more than 60 scientists from around the world led by ecologist Stefano Mammola of the Italian National Council of research. They compiled a database of 5,348 news articles about spider-man encounters from 81 countries and written in 41 languages.

Mammola and his colleagues analyzed each article in the database, recording whether they contained factual errors about spiders and whether they used sensationalized language and/or imagery, such as the words “killer”, “terror”. and “nightmare”, to describe the encounters. . They found that the articles were riddled with misinformation: nearly half (47%) of total news articles contained factual errors and 43% were sensationalized.

According to Mammola, spiders are a perfect focal organism for examining scientific misinformation in the media because they elicit a lot of emotions – largely fear – in humans. The media capitalizes on these strong emotions to get readers to click on their articles.

Study co-author Catherine Scott, a postdoctoral fellow at the Lyman Entomological Museum at McGill University in Canada, agrees. “People love to hate spiders. They hold that place in our minds, and I think it has something to do with how different they are from us. They’re almost alien… they have eight legs, they have lots of eyes, they move erratically,” they explained, noting that even some entomologists, scientists who study insects (who have six legs), are afraid of eight-legged animals.

Scott said they sympathize with people who fear spiders. As a child and teenager, they were also arachnophobic, to the point that they couldn’t be in the same room as a spider. But their fear turned to curiosity when they had the opportunity to research black widow spider communication as undergraduate students. After observing the sophisticated behaviors and communication systems of spiders, Scott “transitioned very quickly from arachnophobe to arachnophile”. [spider-loving].” And there’s a lot to like about these animals: spiders fulfill an important ecological role as predators of household and agricultural pests. A 2017 study estimated that the world’s spiders collectively devour 400 to 800 million metric tons of insects and other small prey each year.

Today, Scott is a spider expert who focuses on countering misinformation about these creatures. “It’s a constant frustration for me as an arachnologist to see sensationalist media stories, to see false information being spread on the internet,” they said. Scott even threw a Twitter project called #RecluseOrNot to correct misinformation about brown recluse spiders on social media.

One of the main findings of this new study is that, although factual errors and sensationalism in the spider news media are widespread, such misinformation was less common when reporters sought comment from subject matter experts. of spiders. This was not the case when journalists consulted pest control or medical experts, who do not receive the same level of training as spider specialists.

For Mammola, this discovery shows how important it is for journalists to seek out the right kind of expert to comment on scientific articles, not just any expert. Scott said it was an encouraging finding because “it means there is an easy fix.” The research group is currently writing guidelines for journalists reporting on spiders. The group also intends to build a database of spider experts available to speak with the media to make it easier for journalists to find quality sources.

Because they were a global team, Mammola and her colleagues were also able to build a network about how information — and misinformation — about spiders circulates around the world. They saw how even very specific local stories could spread around the world. “A single spider event happening in a small town in Michigan can be picked up by the world press, which to me was pretty amazing,” he said. Any reason why this is happening? “If anything is particularly stupid,” Mammola said, giving the viral story of a man bitten on his genitals by a spider as an example.

Emily Geest, an ecologist and postdoctoral fellow at Oklahoma State University who was not involved in the study, said she was particularly impressed with its global coverage. “Seeing these patterns, on a global scale, is really intense,” she said.

Geest has previously published research on the moral representations of animals in comics. She said she knows how media portrayals can fan the flames of fear, especially for animals such as snakes and spiders that people are predisposed to dislike.

These negative media portrayals have real implications for animals, especially conservation efforts. “The ultimate problem is, I think, we will spend fewer and fewer resources to preserve spider species, just because we fear them and have this societal and political perception about them,” Mammola said.

Geest said she was also concerned about the effect of misinformation on public perception of conservation funding, which could disadvantage ecologically important but unloved species. “When you see organizations like zoos and aquariums putting money into trying to conserve species that aren’t valued, there’s this disconnect where the public doesn’t see the value in it,” he said. she stated. “And if they don’t see the value in it, they won’t support policies on this.”

Misinformation also has economic and, for some people, even personal consequences beyond the sphere of conservation. The study for example cites stories of unnecessary school closures in the UK due to the ‘invasion’ of spiders. In another, a man accidentally set his house on fire while trying to clear cobwebs from his yard with a blowtorch.

Dispelling and ultimately preventing the spread of such misinformation is essential for spiders and humans alike. With that goal in mind, Geest said one of the big strengths of the new study is that it’s so relevant. “Everyone has a spider story,” she said. Educating people about why spiders need to be protected and more generally about positive human-wildlife interactions is essential as humans continue to encroach on the habitats of other species. As is the case with most (if not all) species, spiders have more to fear from us than we do from them.

While this study offers advice for journalists to avoid creating misinformation about spiders, its lessons also apply to media consumers. First, beware of overly emotional or alarmist language and imagery in wildlife stories. And, keep in mind that articles about spiders with commentary from real spider experts — zoologists, arachnologists, and conservationists — are less likely to include misinformation than articles featuring doctors and pest control experts. pest control, who generally have no training in spider behavior and ecology. . For example, medical experts may confuse tick bites or skin infections with spider bites. When this misclassification makes the news, it becomes misinformation.

Mammola said he hopes to apply the same methodology from this spider study to articles about other animals like scorpions and jellyfish to see if they too are subject to the same level of misinformation. In the meantime, a simple piece of advice should suffice for anyone consuming news or social media: Don’t believe everything you read on the internet.