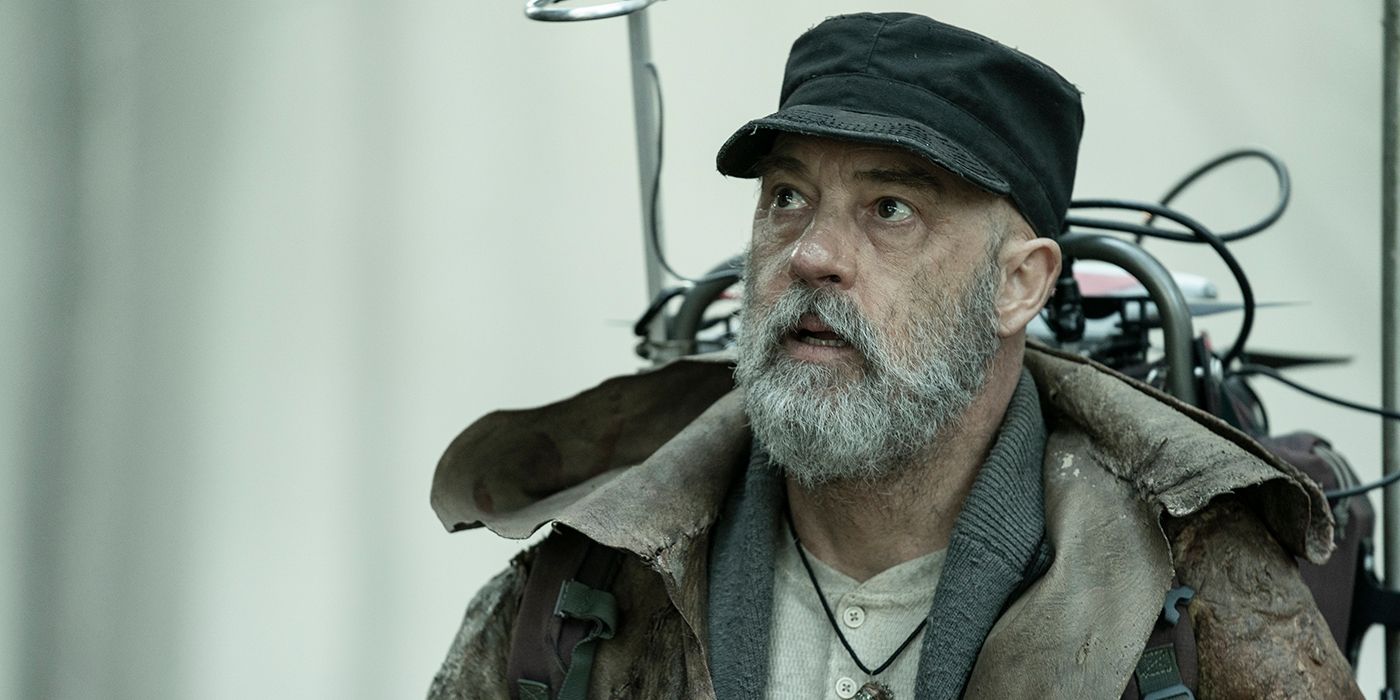 With the end of the AMC post-apocalyptic series The Walking Dead fast approaching, AMC Studios will present its anthology series in six episodes Tales of the Living Dead August 14. New images have been released that give us a glimpse of the star-studded cast and what we can expect from the upcoming series.

Featuring characters from the AMC series that started it all, plus some all-new in The Walking Dead Universe, Tales of the Walking Dead will consist of standalone six-hour episodes. Each episode will tell different stories from points of view of the post-apocalyptic universe, all with unique experiences and styles. Each episode will undoubtedly showcase the familiar uphill struggle between the living and the living dead and provide a deeper exploration of world lore than the original series was able to delve into. For this spin-off, AMC pulled out all the stops with an all-star cast that includes Olivia Munn, Terry Crews, Parker Posey, Jillian Bell, army of darknessit is Embeth Davidtz, Danny Ramirez (Top Gun: Maverick), Jessie T. Usher (The boys) and many more. Tales bring back too Samantha Morton who plays Alpha in the original series to possibly provide some backstory for her character.

The released images give us a first look at the visuals and tone of the upcoming series, as well as a small preview of what fans can expect from each episode. In one photo, we see Crews as James Sampson riding a motorcycle, gearing up and donning a helmet with Munn cruising by his side. A picture shows Emergency roomit is Anthony Edwards with a full beard and something odd strapped to his back, with a look of apprehension on his face, away from Chicago County General Hospital. Maybe Edwards’ medical skills will come in handy after the apocalypse. Other images show a moody Alpha, a bespectacled Usher covered in someone’s blood, a very lost Poppy Liu HBO Hacks, Daniella Pineda (Jurassic World Dominion) allied with Ramirez, and Posey and Bell teamed up to fight walkers.

RELATED: The Ever-Expanding ‘The Walking Dead’ Universe: A Beginner’s Guide To Every Spinoff Series And Movie

In 2010, AMC and director Frank Darabont bring The Walking Dead graphic novels to life, expanding the comic book audience exponentially. The original series ran for over a decade and spawned spin-offs including Fear the living dead and The Walking Dead: World Beyond, along with many more that are currently in the works. For Tales of the Living Deadseries producer Michael Satrazemis is set to direct three of the six episodes, with Haifaa al-Mansour (Mother land), Deborah Kammeier (Star Trek: Picard), and Ron Underwood (Fear the walking dead) willing to lead others. Responsible for the content of The Walking Dead Universe, Scott Gimplescreenwriter and producer The Walking Dead and Fear the living dead, Channing Powellwill be the executive producer.

Tales of the Living Dead premieres August 14 on AMC and AMC+. Check out the rest of the new images from the anthology series below.