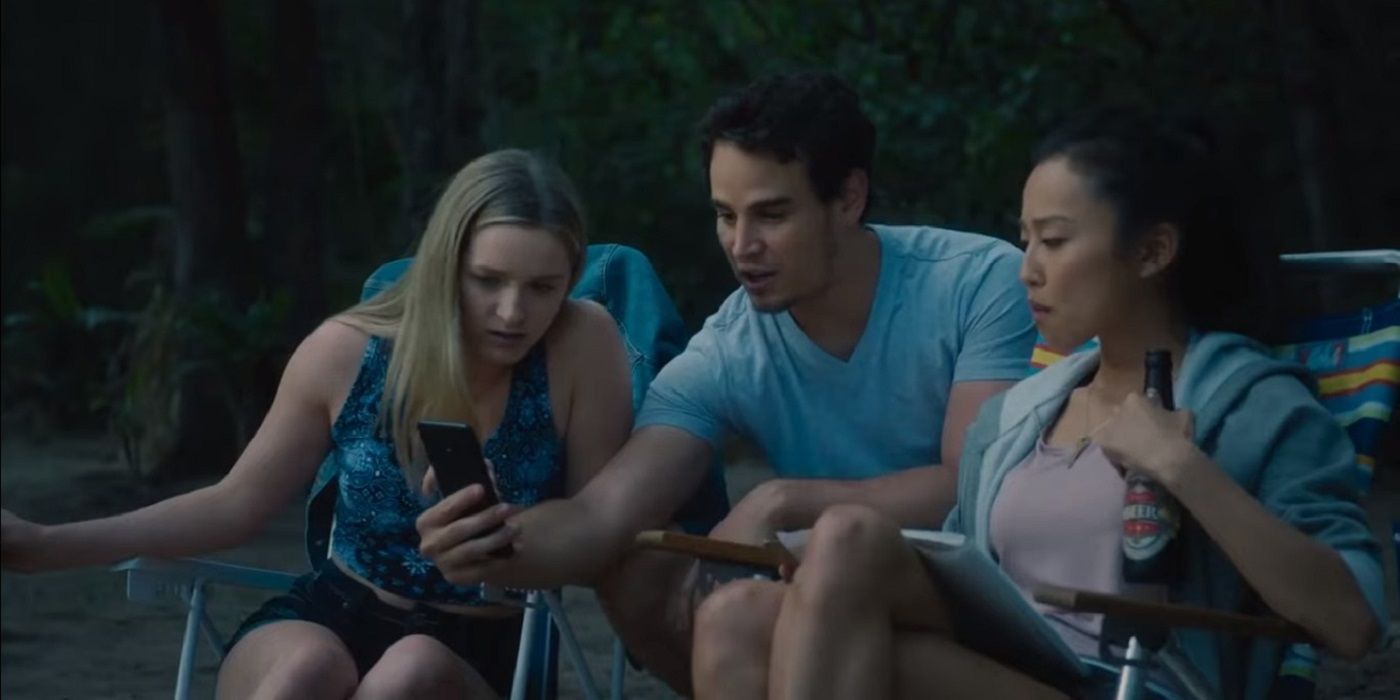 Horror fans have a new movie to watch out for as Cinedigm has released a trailer for their upcoming horror anthology film, story game, which offers an exciting premise alongside mysterious plot threads.

The trailer begins with a group of friends vacationing together. The footage then cuts to on-screen text that says “some games should not be played”, with haunting music playing in the background. One of the characters asks James (Alberto Rosende) about a certain app his friend was developing. The app is called story game where players must spin a dial that determines a location, genre, and x-factor. Players must tell the best story possible, using the chosen elements to win.

The footage then shifts to Japan with different characters in multiple locations, presumably from the different stories told by the main characters. He then returns to the group of friends where one of them asks an older man if he also wants to tell a story. “Maybe I should just show you,” he replies before getting up from his seat to lead the group of friends away. It reveals a large black diamond-shaped object. “Time and space overlap here,” he says as the object attracts a tennis ball like a magnet. The footage then transitions to a montage that features fight scenes between characters and scary imagery. The trailer then ends with a character holding a creepy mask until it comes to life and smiles menacingly.

With an interesting premise, story game seeks to offer a new take on anthology horror storytelling while delivering plenty of mystery that opens up many questions. With a release date this summer, those questions will soon be answered.

story game is written and directed by Jason K. Lau and stars Rosende, Grammar, Ayumi Itōand Lyrica Okano. The film will be released as a Screambox exclusive on June 21.

Here is the synopsis of the film:

On a camping trip to Hawaii, three fine arts students make a bet: who can tell the best supernatural story? According to the rules, each tale must have three elements: a metaphysical piece, a green-eyed character, and a location in Japan. The three young campers try to outsmart each other as they bring three famous Japanese ghost stories to the world, and things take a strange turn as each story takes them deeper into the world. story game.

Check out the trailer and poster below: