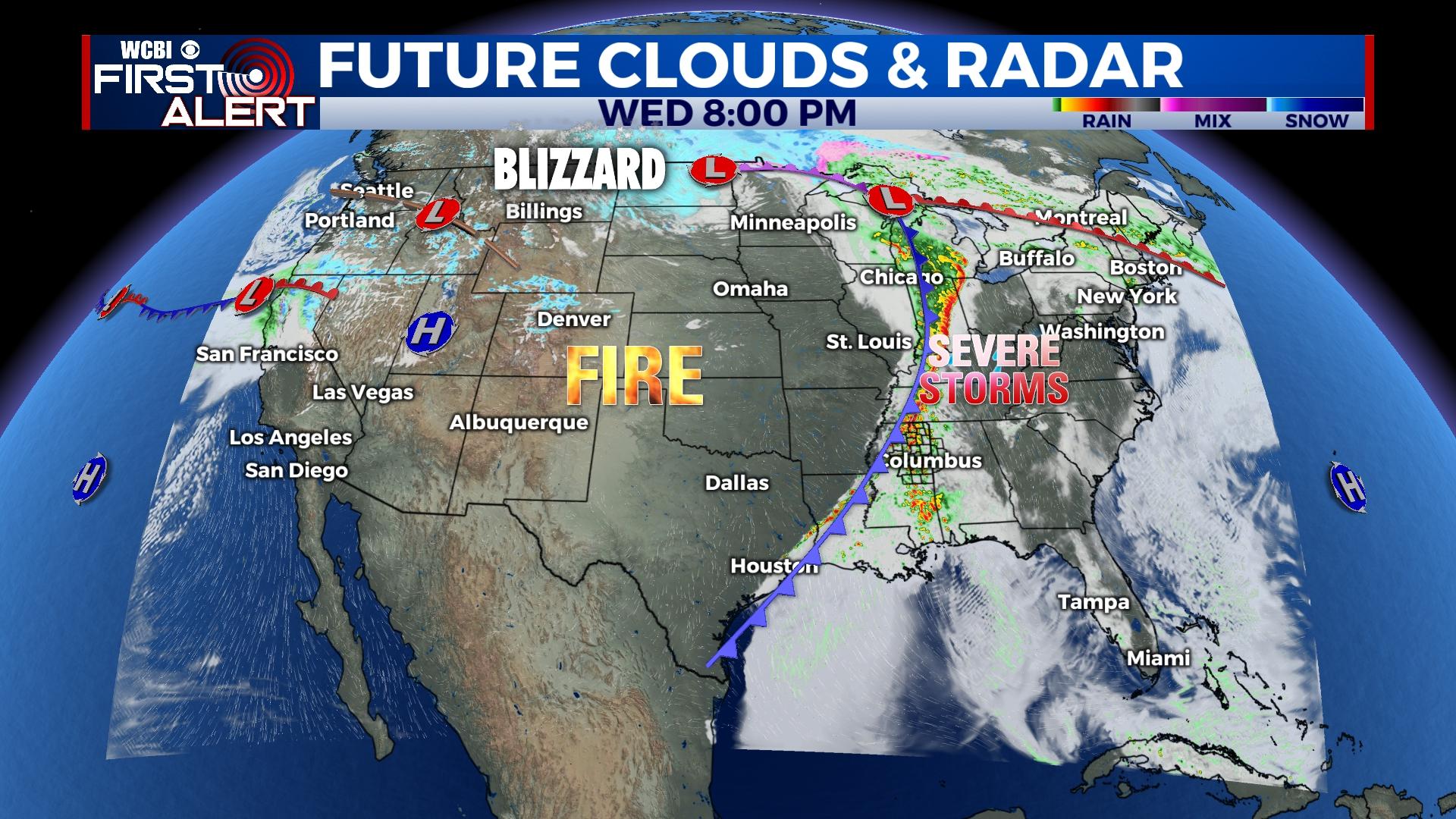 COLUMBUS, Mississippi (WCBI) – In addition to the significant potential in the Deep South, other regions of the country also face significant weather problems.

A significant portion of the central and western Plains states could experience dangerous fire conditions today, and red flag warnings have been issued for much of Kansas, Nebraska, Oklahoma, of Texas and New Mexico. A red flag warning may be issued when the air is extremely dry and the winds are strong. Strong winds will increase the risk of fires spreading faster, so outdoor burning is not encouraged.

Through Thursday morning, severe frost is likely and damage to vegetation and crops is possible in parts of the central plains states of Kansas and northwestern Missouri. Nighttime low temperatures in the 20s are possible.

Blizzard conditions are likely in the northern states of North Dakota, South Dakota and Montana Wednesday through Thursday. In addition to snow accumulation, blowing snow, high winds and reduced visibility will be likely.

In addition to the severe threat to the Deep South, severe storms could also affect parts of the Ohio River Valley Wednesday afternoon and evening.