Review: ‘The Offer’ tells a compelling story about the making of ‘The Godfather’ 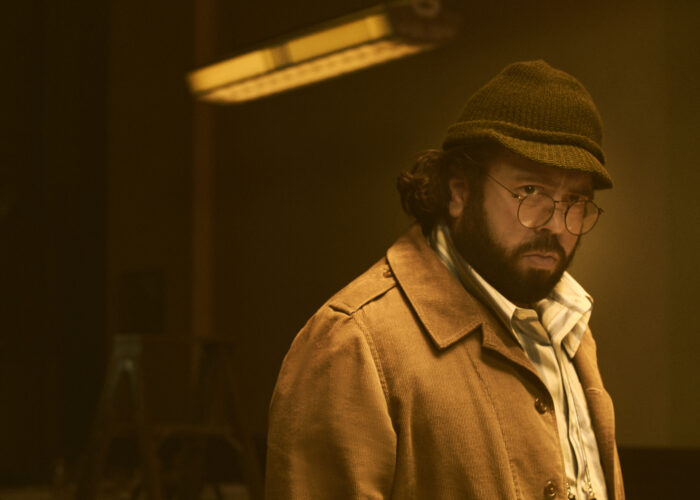 Now, 50 years after that classic’s triumphant release in March 1972, there’s a drama miniseries about the making of “The Godfather” on Paramount+ that begins airing Thursday, April 28. It’s 10 episodes, and it’s irresistible. As with “The Godfather”, if you start watching it, you’re done – that’s all you do until it’s done. I ended up devouring all nine hours of it in the space of two days.

Read The Chronicle’s 1972 review of ‘The Godfather’: ‘Best gangster movie ever made’

Conceived and written by Michael Tolkin (who wrote “The Player” and wrote and directed “The Rapture”), it tells the story primarily through the eyes of Al Ruddy, who had the most comprehensive point of view. As producer in charge of the film, he dealt with everyone from honchos such as Paramount studio head Robert Evans and Gulf and Western parent company boss Charles Bludhorn, to creators, such as the director Francis Ford Coppola and the cast.

Not only was Ruddy involved in the day-to-day casting and budgeting details, but he also had to deal with issues unique to this production. A huge lingering problem was that the Italian mobsters didn’t like the book, and Frank Sinatra, with all his many connections, was furious that part of his own history had been fictionalized in the character of Johnny Fontaine.

Miles Teller plays Ruddy, and while he looks more like Elvis Presley here than the real Ruddy, he’s utterly believable as a straight shooter with plenty of grit and integrity. He’s headlining a strong cast, with particularly standout performances from Matthew Goode (“The Crown,” “Downton Abbey”), who portrays Evans as a complicated, magnetic man on a grand scale; and Juno Temple (“Ted Lasso”) as Ruddy’s assistant, Bettye McCart, who is pretty much Ruddy’s equal in brass and brains.

Most filmmakers describe the film industry as a business masquerading as an artistic business. Tolkin describes it as an artistic enterprise disguised as a business, so that the people who excel and are able to impose their will are the ones who best use their native theatrical flair.

At bottom – beneath the conscious cynicism – it’s an affectionate portrait of the movie industry. And for proof, all you have to do is look at one thing: despite the endless conflicts depicted in “The Offer”, there isn’t a single filmmaker presented on screen who is entirely bad.

Just a caveat about the show: a lot of it is fiction. A lot of it never happened, and part of the fun is believing it happened. You might reasonably ask, “Does it make a difference whether it happened or not?” The answer is yes, it kind of is. After all, if you believe in the Easter Bunny, you have magic, myth and wonder, and chocolate eggs. If you don’t believe in the Easter bunny, you only have chocolate eggs. Obviously, having some Chocolate eggs are better than no chocolate eggs, but why watch a show claiming to be about the making of “The Godfather” when most of the best parts are fiction?

One possible reason: “The Offer” is so entertaining – and for 10 full episodes! – that you may not care whether it’s true or not.

And here’s another one: it makes you want to see “The Godfather” again.

What if Francis Ford Coppola had never directed “The Godfather”?

Across generations and regions, ‘The Godfather’ has left a lasting impression that Italian Americans can’t deny.