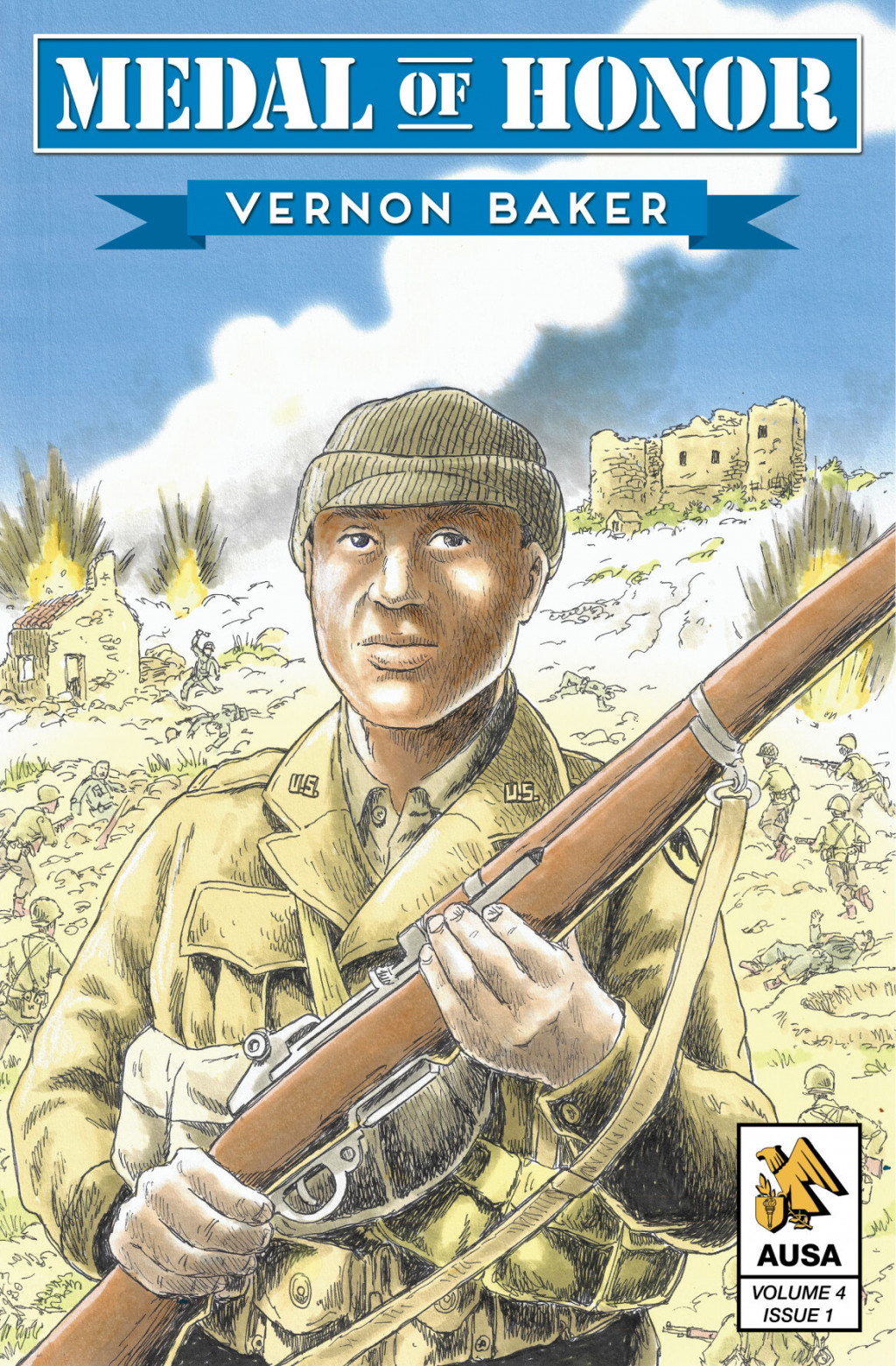 Baker, who was black, originally received the Distinguished Service Cross for his bravery during World War II. It was later discovered that Baker’s degree of heroism was downplayed due to racial discrimination and that he truly deserved the highest honor a soldier could receive.

“The military, like the rest of America, has had representation issues,” said Joseph Craig, director of the AUSA books program, as well as editor of the “Medal of Honor” series. “I think the military has been commendable for getting ahead of that as much as possible.”

“Medal of Honor: Vernon Baker” accurately depicts the wartime accomplishments that led to Baker, along with seven other African American soldiers, being upgraded to receive the Medal of Honor in 1997.

Six of those World War II Medal of Honor recipients were awarded the medal posthumously – all but Vernon Baker, who received his in person at the age of 70 from former President Bill Clinton.

Just because the story is told in a panel cartoon doesn’t mean it’s not historically accurate. The events depicted in the comic are based on the official written quote.

“The scriptwriter, the pencil and ink artists, the color or letter artists, these are all people who have worked for big names in comics, and we are lucky to work with them,” Craig said. “We are fortunate to work with professional historians to verify the material and ensure that we are telling the story with accurate detail.”

Craig said Baker was selected not just for his heroism, but to create a wide range of Medal of Honor stories.

“The idea of ​​the series is to tell stories of these remarkable soldiers and to share information about the history and values ​​of the military with the next generation,” said Craig. “We want to make sure we tell a wide range of stories.”

Ultimately, the intent of distributing these comics is to share the stories of Medal of Honor recipients with younger generations, with the program’s original focus groups being based on feedback from military 20-30 year olds. . Many stories are well known, others less so.

Across the 13 issues, stories are drawn from every major American conflict, from the American Civil War and World War I to the war in Afghanistan. The graphic novels have covered Mary Walker, the only woman to receive the Medal of Honor, as well as Audie Murphy, one of the most decorated soldiers in United States history.

“One of the great joys of working on this show is learning more about these people,” Craig said. “A common theme that I’ve found working with the show is that these people are very humble. They don’t blow their own horn.

“If you ask most of these people about their actions, they’ll tell you they were just doing their job.”