Parts of the Safavid-era public baths are restored 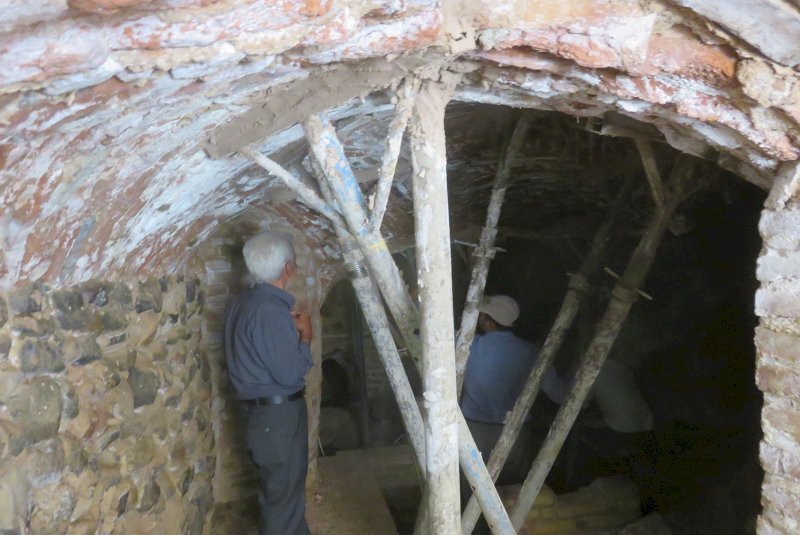 The project consists of repairing the damaged parts and strengthening the structure, Aqdas Karampur explained on Saturday.

The historic structure, which has been converted into a museum of anthropology, has been included in the national heritage list.

Public baths or “hammams” in Iran were not just places for bathing and cleansing. They had a social concept for people who gathered at these places every week.

It was a place where people talked about their daily lives and shared humor and news. There are still public baths in Iranian cities but they no longer have their social function since most people have bathrooms in their homes due to modern lifestyle.

Some towns had separate public baths for men and women. They were usually built next to each other. However, there were a few public baths, which were used by men and women at different times of the day.

There were also male and female public baths; at dawn, a longhorn (booq-e javaz) sounded to announce that the bath was ready. The men came to the baths from daybreak until the afternoon. Women could use the public baths until sunset. In some cases, five days were allocated to men and two days to women.

Persian literature is full of proverbs, tales and folk stories about public baths, which indicate the importance of the place in the past.

South Khorasan is home to many historical and natural attractions such as Birjand Castle, Dragon Cave, Furg Citadel and Polond Desert. It is also known for its famous carpets as well as its saffron and barberry which are produced in almost all regions of the province.

The province is an explorer’s delight – plenty to discover but hardly another visitor to be found even at the most important sights (despite a decent infrastructure of recently paved roads).

There are also a host of old mud villages that look like they have been left almost complete as if to tempt archaeologists.