Parts of Spain on alert for ‘extreme’ temperatures in May 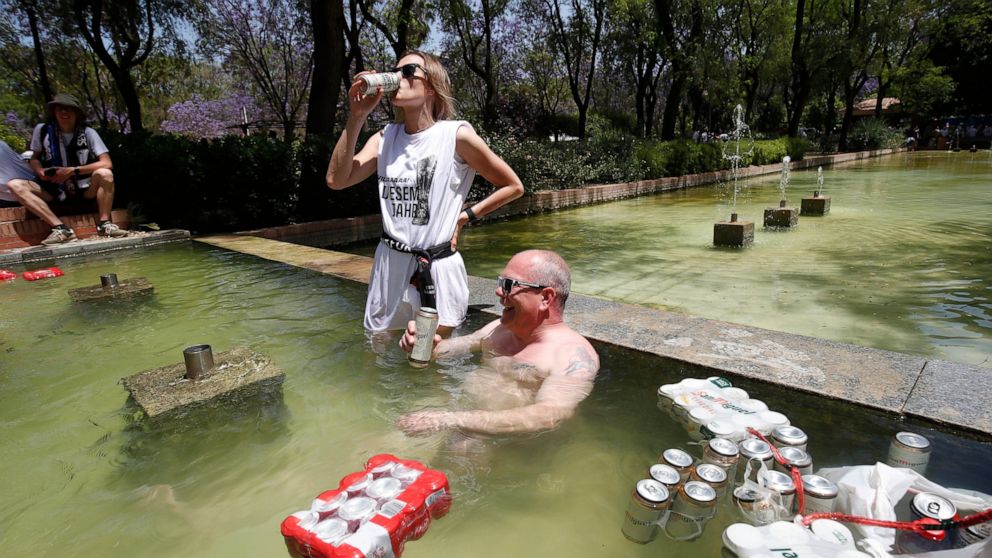 Large parts of Spain are on high alert as an intense heat wave sweeps across the country, leaving residents overwhelmed by May temperatures that rank among the hottest in two decades

MADRID — Large parts of Spain were on high alert on Friday as an intense heat wave began to sweep the country, leaving residents swamped by May temperatures that rank among the hottest in two decades.

A hot, dry air mass carrying dust from North Africa pushed temperatures up to 15 degrees above average, with mercury reaching 40C (104F) in parts of the country.

The State Weather Agency said it expected “unusual and extreme” temperatures to peak on Saturday.

“These temperatures will likely be among the hottest we’ve seen in May in the 21st century,” agency spokesman Rubén del Campo said.

By Friday, a handful of records had already been set. In the city of Jaén, in southern Spain, the temperature soared to 38.7 C (101.7 F) – 15 degrees above the seasonal average – in a record for the month of May. In the central city of Cuenca, the daily low temperature of 19.5 C (67.1 F) was two degrees higher than the previous May low.

While temperatures are expected to drop below what Spanish meteorologists define as a heat wave, what makes this episode unique will be its persistence, with nighttime temperatures expected to hover above 20 C (68 F) in many locations.

High temperatures are expected to push northeast in the coming days, with little relief expected until Sunday.

The National Meteorological Agency announced on Friday that it had put four regions on high alert due to the heat. The regions of Castilla-La Mancha, Extremadura and Madrid were under yellow alert, which means they were at risk, while the southern region of Andalusia was under orange alert, which means a significant risk in due to intense heat. No region was under red alert, the highest level which corresponds to an extreme risk.

Del Campo characterized the heat in May as part of a larger pattern that saw summer weather begin to arrive in Spain nearly a month earlier than in the 1980s. He was unequivocal about the cause .

“What’s behind all this?” Del Campo asked. “Climate change, obviously anthropogenic, generated by the emission of greenhouse gases linked to human activity.”

Follow all AP stories on climate change issues at https://apnews.com/hub/climate