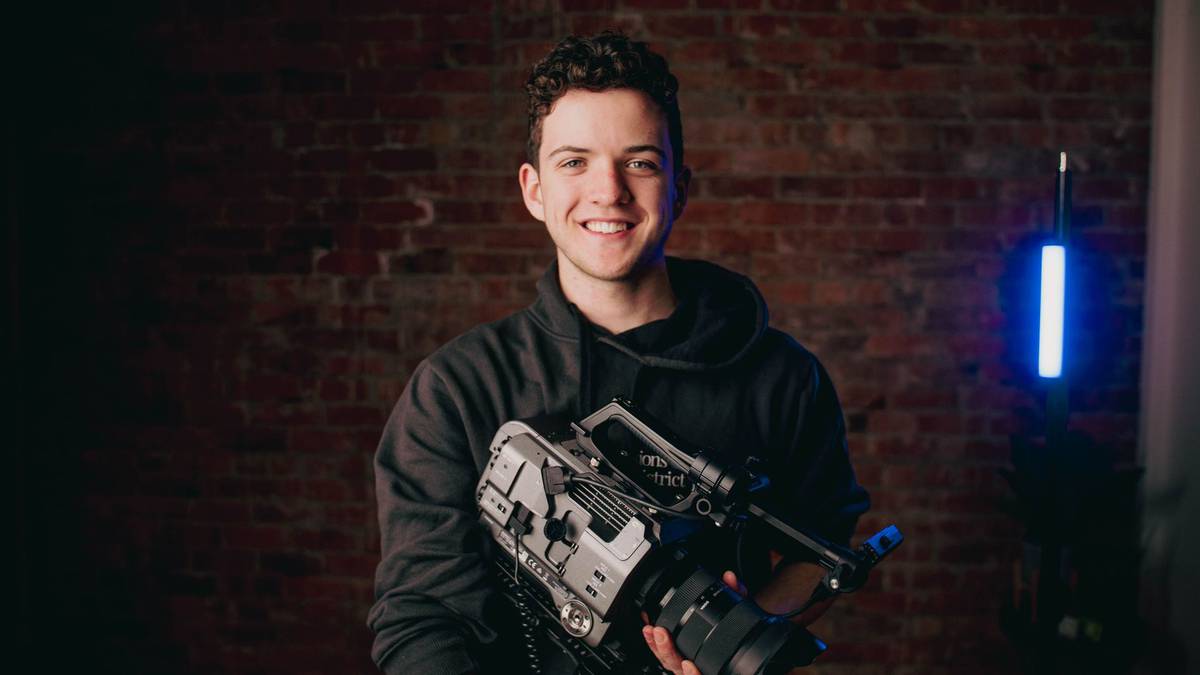 Why do we love people when we know we’re going to lose them?

It’s a question filmmaker and writer Caleb Rayner asked himself while working on the script for his latest project, Empty Ceilings.

He says the 10-minute film answers the question through the beauty that connects love and grief, through memories.

Empty Ceilings is told through the eyes of 19-year-old Mary, who has come to terms with losing a partner.

Rayner is only 19 but brings a wealth of experience to the project he is funding.

Since leaving Palmerston North Boys’ High School at the end of 2020, Rayner has worked as a cinematographer and editor for Lamp Studios in Whanganui.

He learned his filmmaking skills on YouTube and on the job. Working for Lamp gave him the opportunity to practice what he learns and work with more expensive equipment and a crew. The movie is more about your skills and what’s on your mind than what’s on a piece of paper, he says.

Rayner, who has lived in Palmerston North all his life, has been making films for seven years and stories for much longer. Storytelling is tied to an essential part of who he is.

At 12, he created a YouTube channel, he made a short film for the DigiAwards and, at 17, he was a cinematographer for a commercial website.

He learned a lot from Palmerston North Boys’ High teachers Chris Burton and Sophie Coetzee (née Boucher). In school, he directed and wrote a play with another student, and in grade 13 he studied media.

Rayner was in Manawatū Youth Theater’s Alice in Wonderland, acted in Boys’ High/Girls’ High productions, and was part of the ensemble in Act Three Productions’ Mamma Mia.

He sometimes feels like he’s fighting uphill as people wonder why they should give him a chance. He learned from a crowdfunding campaign he did in grade 10 that he needs to show he has skills right from the start, which come from years of practice and failure. He also realized from that previous attempt how much work he has to do before he comes out to the public.

Rayner wants young filmmakers to realize that they don’t have to be from a big city, have wealthy parents, or parents involved in filmmaking. The challenge is to think outside the box, which is also what cinema is about. The first test is not about the camera but rather about what’s in your head and the quality of the story.

Rayner says film is a powerful medium that gives people the ability to revisit and process what they’ve seen. The movie lets you experience so many different emotions from the safety of your living room.

The visuals will age, but not a powerful story. He quotes Shakespeare, whose stories are so essential to us as humans that they remain masterpieces of literature centuries after they were written.

“Losing someone we love is one of the hardest things we go through in life and everyone goes through it at some point in their life,” he says. “It’s part of being human and it’s part of being vulnerable enough to love.”

In addition to directing and serving as cinematographer, Rayner is co-producing Empty Ceilings with Abby Kingi, owner of Lamp Studios, and Shayden Lowrey of Sailboat Films.

From hiring actors to equipment, the cinema is expensive and he hopes to raise $8,000. He invests his own money and also gets favors. If people don’t have the money to donate, Rayner would appreciate it if they share the campaign at boosted.org.nz/projects/empty-ceilings.

You can watch Rayner talk about his project here.