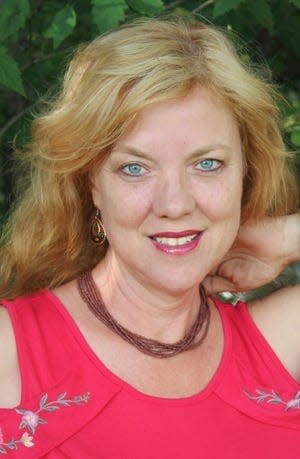 Do you hear that sound?

It’s the sound of everyone holding their breath. Why? Because we are steadily progressing into February next week and so far Old Man Winter has just woken up with some light accumulations of snow and cold. He’s been known to show up in November and only leave in April for the past few years – leaving us all in the wake of his sadness and terror.

But, so far (and I realize this column can bewitch us all) he hasn’t given us too many problems during the toughest winter month of January. And, even as I write this column, the temperature has dropped into the single digits, but next week is expected to rise to a proposed 46 degrees one day and other days in the 30s. And, they say , the outlook for February is mild. Marvellous! We will take it!

But, for those of you who may be old enough, we can all remember the winters of times past and no doubt want to forget them here in southwestern Pennsylvania, or like some truckers who travel on Pennsylvania Turnpike call Somerset County, “Little Alaska.” Pause with me to remember some of those times in hopes they never return.

We had a week off from school and there was no electricity for days. I remember our fence posts at the farm being covered in mounds of snow. Life was hard in the countryside, providing food and water for animals and heating, but we survived. According to the history.com article, in 1978 people got trapped in their cars and the drivers were forced to abandon their vehicles or be buried with them. People were also trapped in their workplaces and inside their homes for days, history.com says.

In the office of the Daily American at that time, we reporters were tired of taking pictures of anything to do with snow – mounds of snow, snowplows, children building snowmen, people shoveling snow and yes, even car accidents too numerous to count. The “storm of the century” lived up to the hype, but advances in weather forecasting allowed severe storm warnings to be issued two days in advance, according to history.com. Oh, and by the way, the Daily American office never closed and the newspaper was still in print!

This blizzard lasted three days and dumped heavy, wet snow with accumulations of 17 to 30 inches with winds to follow. What happened next was a sudden collapse and some of us may remember places that were badly flooded, like Cumberland, Maryland. I remember driving through the Narrows afterwards and seeing furniture and other debris on the roadway and even on the train tracks. It was a mess there and the cars in Motor City near Cumberland were all damaged by the flood. And, by the way, the Daily American remained open and still in print!

Three snowstorms occurred in the space of 20 days. I remember saying “Will this month of February ever end?” I made interview appointments for stories and had to cancel pretty much everything. I kept staring out the window and was so sick of the snow, and by the way, I was pregnant to make matters worse. I remember being pregnant and wading through two feet of snow to get to the barn and looking into the snow and seeing the most beautiful color of blue deep in the snow. The snow that year literally didn’t completely melt until early May, actually!

Just as we closed out a record winter in the spring of 2010, we were hit again ahead of the new year. According to history.com, 7,000 flights were canceled just after the Christmas holidays and this particular event produced a thunderstorm, in which thunder and lightning are accompanied by heavy snowfall rather than rain. I don’t remember the thunder exactly, but I do remember asking for help from a neighbor who was using a backhoe to dig us up.

So, in the end, why do I remember these most difficult storms (because surely we hope that Old Man does not have them in his plans for this winter)? The thing is, we’ve experienced them in one way or another here in the mountains of Pennsylvania. And, if and when that old man brings back a snow event, we won’t like him but we’ll beat him at his game because we’ve learned to survive and live to tell about it.

This article originally appeared in The Daily American: Sandra Lepley column on Winters in Somerset County