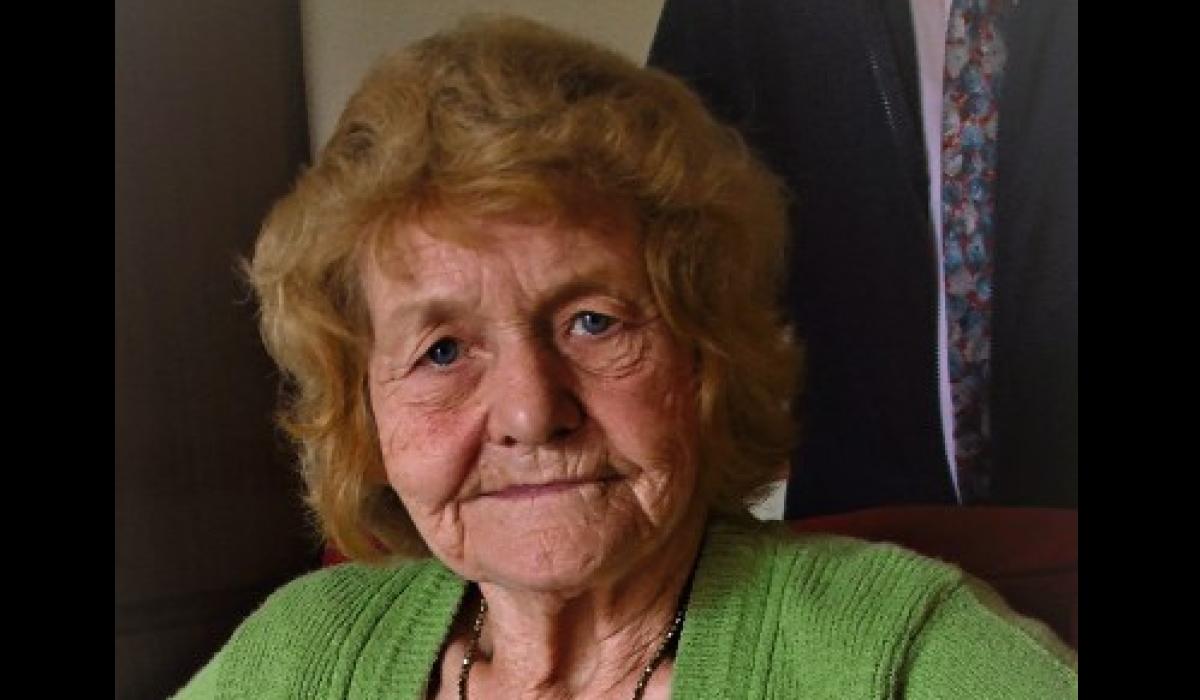 WHEN Mary Kerins of Ballybrood died in her 92nd year just before Christmas, it brought back memories of that wonderful old Irish tune ‘A Mother’s Love is a Blessing’.

Her three daughters have received this mother’s love and blessing. And that same motherly touch was shared with many other people she had the good fortune to meet during her long life.

The late Mary could be described as a tonic – exuding a spirit of life that is only present in very special people. We just wish we had a dram or two.

At her funeral at Caherline Church, Father Roy spoke movingly and referred to her freedom of spirit – he said ‘there was a sense of wild enchantment in her’ adding that ‘ God has fashioned in Mary many special parts”.

Spending time in the company of the late Mary would drain your facial muscle energy as she entertained you with a repertoire of songs, stories and good jokes and anecdotes. Time has passed but never wasted because she has lived every minute of it. She liked to entertain, and you wouldn’t have to ask her twice to play the notes. She had a beautiful singing voice and didn’t need to be encouraged to sing a few bars of the many old songs she had learned in her early days.

Enjoying good health until the last weeks of her life, she proudly boasted that she had never consulted a doctor in her life. When she entered as a resident at St Michael’s Nursing Home in Caherconlish, she immediately settled in and became a family of residents. Not a day went by that Mary didn’t start singing. She has always loved her music.

On one occasion the nursing home was visited by singer Finbarr Furey and Mary took over the show while Finbarr just played the music and she sang as she pleased. She was a very good set dancer and with her late uncle, Tom Walsh, the ‘Barefooted Runner’ trained as partners in the Caherline Set Dance Group for several years.

She transmits to her daughters the same love of dancing and singing and encourages them to participate in the social life of the parish and its associations. She held grand words and, on a birthday, a member of staff wished her a happy 90th birthday and a grateful Mary replied ‘the same for yourself when the time comes’.

Irish and Irish things were at the forefront of his life’s passage on this land. Tasks such as going to stores, throwing games and participating in social outings and rallies on the back of her late husband, Christy’s Honda 50 motorcycle were a regular experience. As she once said, Christy and herself used about sixteen. They were an inseparable couple, always together. Green was her favorite color and her fashion tastes included forty shades of it.

His house on the Hill has never seen another paint color – only green. She was very proud of her home and her neighborhood and no matter where she went, she made it known where her heart lay.

His funeral in Caherline on December 20 was celebrated by Fr. Roy Donovan PP in the company of Fr. Pat Currivan AP, a lifelong friend. After the mass, she was buried in the cemetery of the church of Caherconlish and on her grave a deserved tribute was paid to her in music and song.

She is dearly missed by her daughters, Mary, Nancy and Brigid. beloved sons-in-law, grandchildren and great-grandchildren, nephews and nieces. Mary will forever be loved and dearly remembered by her brother David, relatives, neighbors, a wide circle of friends. She was a woman steeped in love for Irish culture. Mary was one of those special Mna na hEireann who embodied the best of Irish womanhood. In closing, the last words must be Mary’s – for after every song she sang, she ended with “Up Caherline”. Ni beidh a leithead ann arises. May she rest in peace.