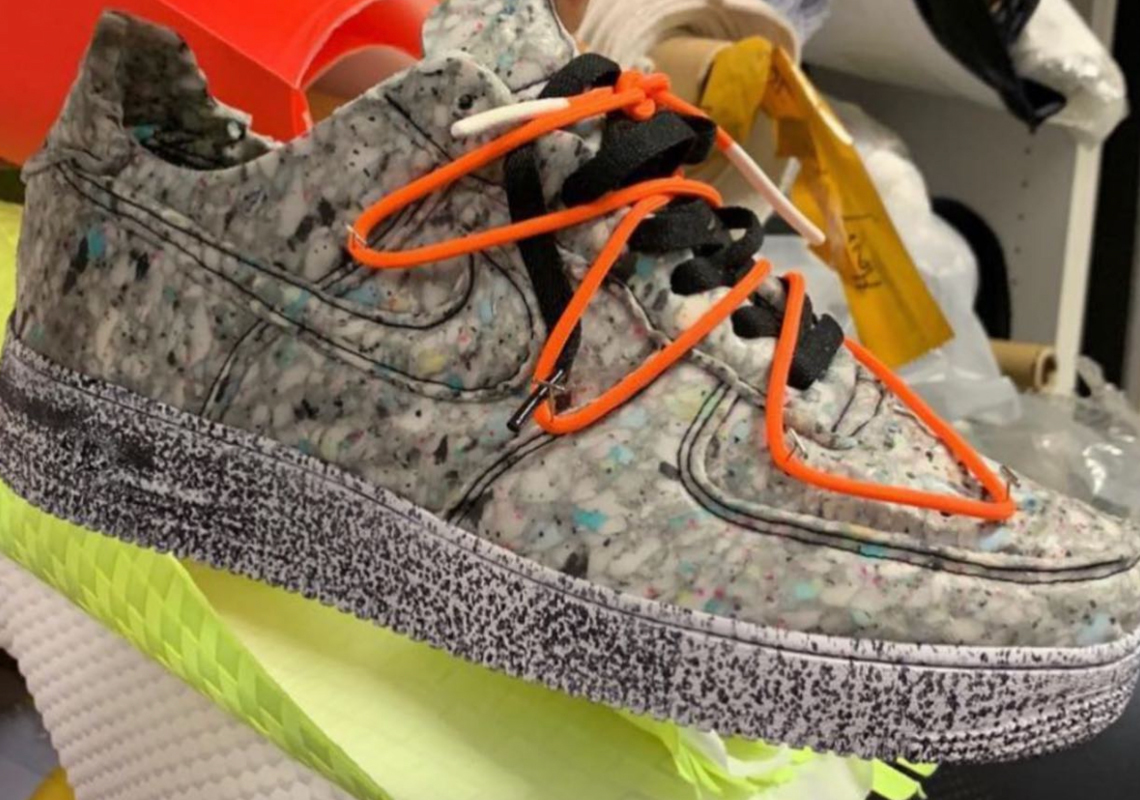 By the end of this week, we will have seen Nike’s first posthumous release following the unfortunate passing of Virgil Abloh. And while there’s a lot of confusion surrounding what the brand will do in the future, it looks like they’ll start first with what Abloh himself had already prepared. Beyond that, however, we have only one clue: via IG Stories, A$AP Bari shared an image of an Off-White x Nike Air Force 1, whose construction was rendered entirely in what appears to be Nike Grind materials.

As the image lacks signature details from previous collabs, such as the zipper and Helvetica text, there is some doubt as to whether the pair belongs to Off-White. However, the double laces – which we saw atop the Dunk Low and the Zoom Terra Kiger 5 – make a strong argument, especially with its bright orange string. Despite this, the rest of the construction feels totally unfamiliar, largely due to the upper’s full use of raw Nike Grind materials. Blue, pink, and neutral-colored bits are commonplace, constructing not just the base, but also the Swoosh, overlays, and tongue. Only the midsole looks more standard, but not so much that it’s fully adorned with a blacked-out, almost molded finish.

Take a closer look at this possible sequel to the Off-White x Nike Air Force 1 here. For now, sit tight while we wait for more updates.

In other news, the Union LA x Nike Dunk Low Passport Pack is making a wider release this week.