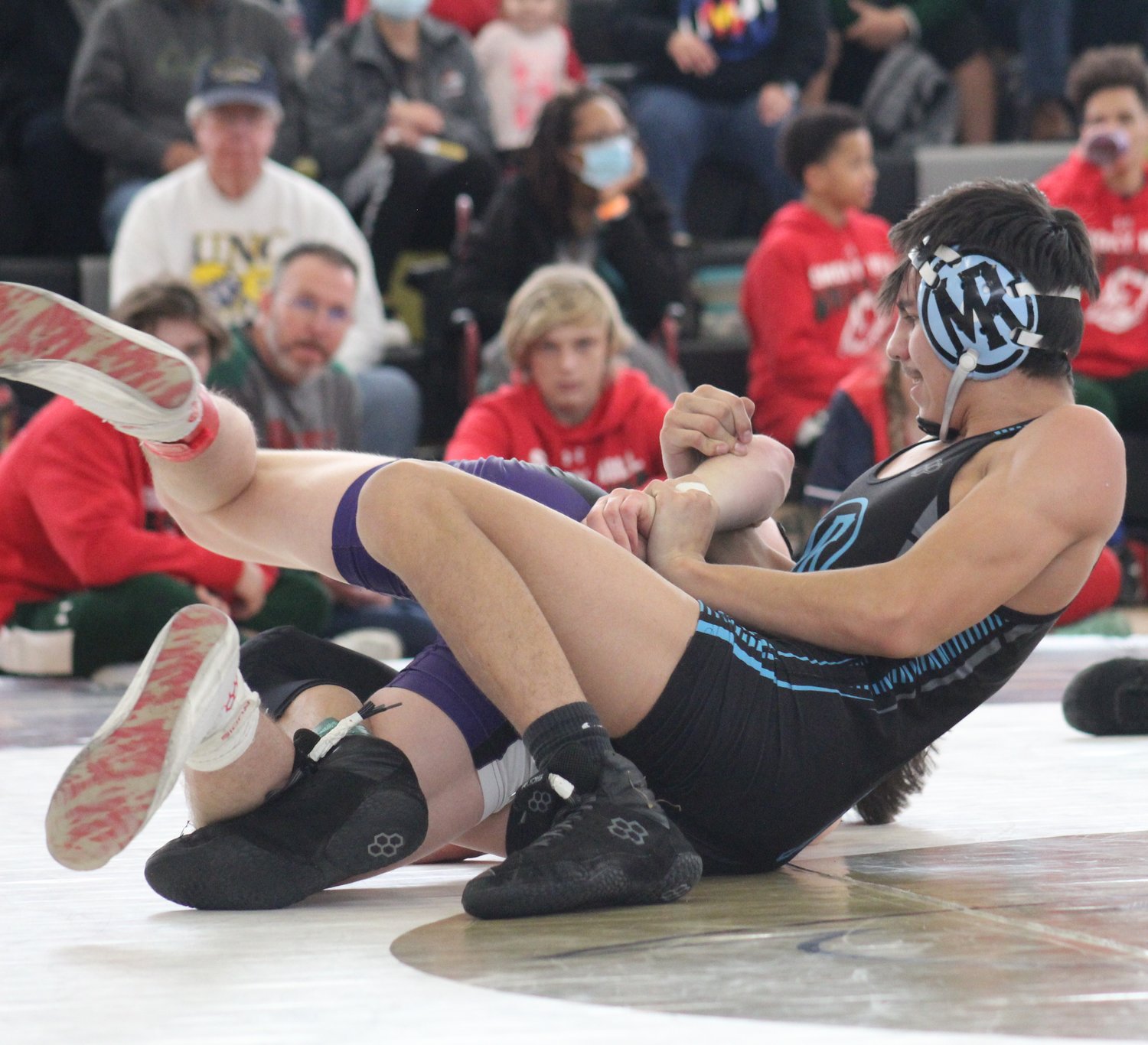 He was among the wrestlers to compete in the Colorado High School Coaches Association all-state matches at Colorado State University-Pueblo.

“It was a really fun experience overall,” Lewis said. “I was able to meet faces that I struggled with for a long time and, most importantly, have a very tight-knit team after just a day of hanging out and talking.”

He and the rest of the wrestling contingent showed up on June 9 for two practices. The double encounter was the next morning.

“The first practice was at 2 a.m. We arrived at 11 a.m. and that practice was purely stand-up wrestling,” he said. “The second practice was at 4, and it was supposed to be a more relaxed dynamic. So we started with a few games and then we fought a bit on the mat. We were also very busy the first day because we had pictures of all the individual wrestlers at 3 – definitely a breakneck pace.

Lewis finished fourth at 132 pounds at this year’s state tournament, which took place in February.

“It’s been a while,” Lewis said. “It wasn’t as difficult for me as it was for some other guys, though, because I was in and out of the wrestling room and the weight room very consistently. I was wrestling with a few different teams until a few weeks before the All State games, so I had some time to prepare, but I didn’t expect to be wrestling in the 145-pound weight class. All the lifting got me pumped up. It was different because I had never weighed close to 140 in my entire life, but that didn’t make too much of a difference.

Lewis finished with a 39-10 record this season.

“I just went in for fun, because we all knew there wouldn’t be many college scouts besides CSU-Pueblo,” Lewis said. “So it didn’t make sense to go and give 120 percent in training, and most wrestlers understood that.”

Lewis wants to attend Northeastern Junior College in Sterling. He hasn’t decided on a specialization yet, but wants to take business courses “to dive into something I want to do after university.”

“I plan to wrestle at NJC, but unfortunately the coach gave all the scholarship money to the returning Plainsmen (the school mascot), so I’m not going on a scholarship,” Lewis said. . “My plan is to attend for two years and then transfer to a four-year college to get my bachelor’s degree.”

Lewis had some suggestions for improving all states’ games. One was to move dates earlier in the year so college coaches could come and recruit. He also wondered about the possibility of putting the wrestling mats on the football field. He would have liked to see the cheerleaders at the double meet, and he would have preferred to know the composition of each team before the start of the double meet. As is the case with other sports, wrestlers were paired into teams regardless of the size of their school.

“They really worked hard to make sure that we as seniors had fun, and they really made it an enjoyable experience. So they always did well and staying in the dorms was great fun as well” “, Lewis said. “The college experience is everything I imagined it to be. But I learned that if you meet the right people, it can be a completely different experience.