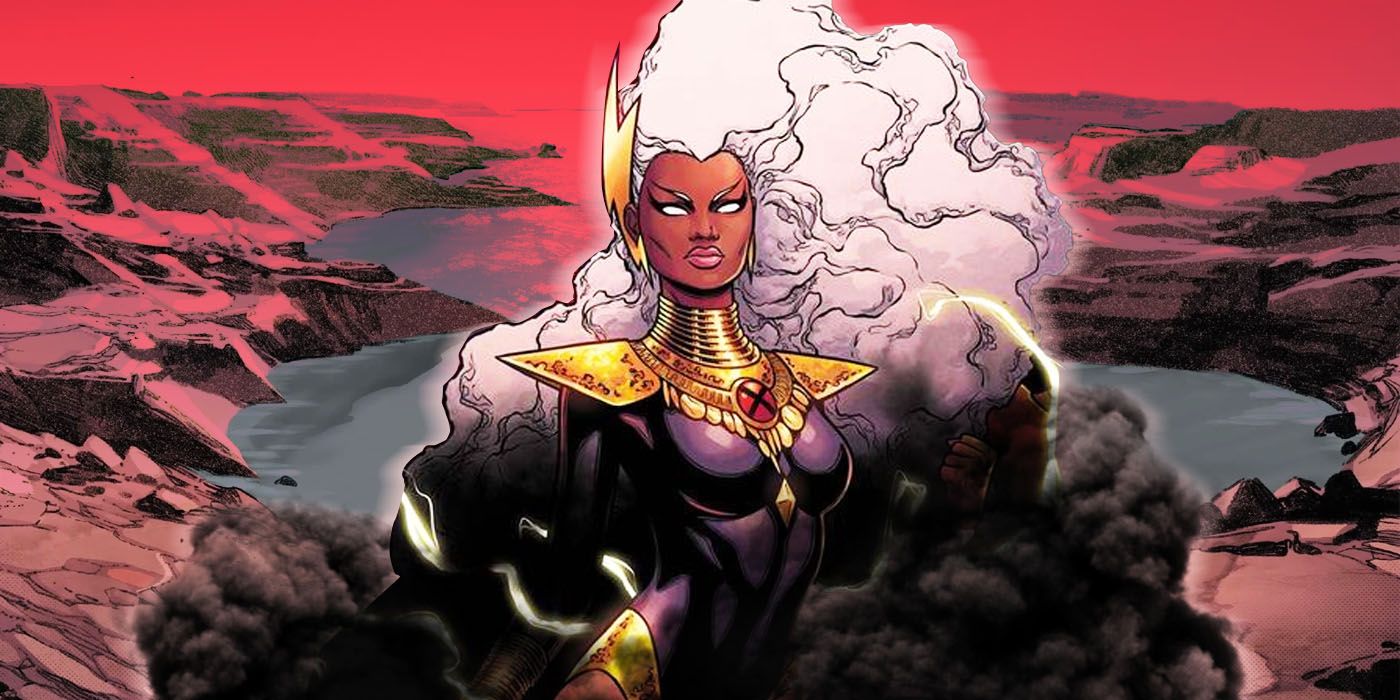 With Red X-Men, Marvel is following in the tradition of early science fiction by taking the real-life endeavors of space exploration into story form. As Jules Verne more than a century ago predated the moon landing in his fiction, Marvel comes at just the right time to have a series about colonization and the challenges of exploring Mars. As NASA and the private space industry work aggressively to land humans on Mars with the intent to stay, this series could be the most important story of the next decade. Red X-Men has enormous potential to really explore what it means for humans to become multi-planetary.

Last years Planet-sized X-Men (by Gerry Duggan, Pepe Larraz, Marte Gracia, VC’s Clayton Cowles and Tom Muller) saw the nation of Krakoa host the Hellfire Gala announcing the new X-Men and the full terraforming and claiming of our solar system’s fourth planet . Immediately, in homage to Arthur C. Clarke’s 2010 novel, Krakoa released this statement: “Arakko is the first mutant world. Do not attempt to land except at Port Prometheus. Arakko is the capital of this solar system. Await a message from the Regent of Sol.

Related: The X-Men Finally Explore The Strange Mutant Civilization They Built On Mars

Continuing the story of mutants on Mars, Red X-Men, a new series in the Fate of X title list, is written by Immortal Hulk writer Al Ewing with illustrations by Stefano Caselli. The entire series will focus on mutants on Mars and their various challenges. Mars has caught the eye of major players including Storm, Abigail Brand, Vulcan, Cable, Magneto and Sunspot. Writer Al Ewing said: “Mutantkind terraformed Mars, bringing a dead world back to life and changing the Marvel Universe forever. Mars is now the planet Arakko, home to an ancient mutant society that spent thousands of years of facing war, imprisonment and pain – and home to Storm, who has earned a place of power on their ruling council.Marvel.com promises that the story will focus on the conflict within the mutantdom on the fate of the planet Arakko.

Marvel promo pieces ask “who can tame Arakko?” This question alludes to the very turbulent nature of Mars and its current inhospitable nature to life. While the planet could potentially have supported life in the distant past, its current environment is hostile to life. Moving the environment to livable conditions has been the subject of countless terraforming novels, the most popular being the March series by Kim Stanley Robinson. What Robinson predicts will take humanity centuries, the Krakoan mutants did it overnight. Planet-sized X-Men the front pages showed detailed speculative efforts to terraform mutants. An effort of biblical proportions, the terraforming of Mars took on several different mutants from Magneto to Storm to Vulcan and more – the project was truly a society-wide effort, hinting at the real-world efforts that it will take to make Mars truly habitable for us.

Mars has always had a prominent place in fiction. Named after the Roman god of war, the best known work is by HG Wells War of the Worlds where the fictional inhabitants of the Red Planet have invaded Earth. This was followed by Ray Bradbury The Martian Chronicles, Edgar Rice Burroughs’ bar room series, and other works from everyone at CS Lewis and Robert Heinlein.

Related: The X-Men’s Mars Move Puts The Marvel Universe On The Edge

Humans have been actively exploring Mars since the 1960s. Recent years have seen a major breakthrough in humanity’s efforts to land on the Red Planet and stay there. There are robotic probes planned to land on the planet joining the already growing robotic population exploring Mars now. While NASA’s Project Artemis focuses on a human return to the Moon, the promise is to use it to jump-start human exploration of the Red Planet. Artemis plans to land the first woman on the Moon in 2024. Commercial projects are also flourishing: Elon Musk’s SpaceX has developed the Starship which plans to take humans to Mars, first in orbit and then to land. A more radical proposal, titled “Mars to Stay,” aims to send humans to Mars with no return flight options.

With human exploration of the Red Planet on the horizon, Marvel’s fictional considerations could explore many of the significant philosophical and societal challenges we might actually face. As the X-Men have shown before, inhabiting a planet is no small feat – while they did so in a biblical (or quicker) time frame, the effort was remarkably large requiring that the greatest powers work in conjunction. This reality is before us now: Mars will not be inhabited by a single nation. It will take the collective efforts of a broad representation of the Earth itself.

Marvel explores space exploration in the real world and soon to be in the real world in comic book form. Red X-Men can show us how it can be done, albeit in a fictional way. Ultimately, Red X-Men might be one of the most important comics to come out regarding the near future of humans in space.

Jason D. Batt is a writer currently completing a doctorate in mythological studies focusing on comics, horror, and archetypal psychology. He is also creative and editorial director of 100 Year Starship and co-founder of Deep Space Predictive Research Group. His novels include Onliest, Young Gods and The Tales of Dreamside, and his short fiction and academic writings have appeared in dozens of publications. He recently edited the speculative fiction anthologies Visions of the Future and Strange California.