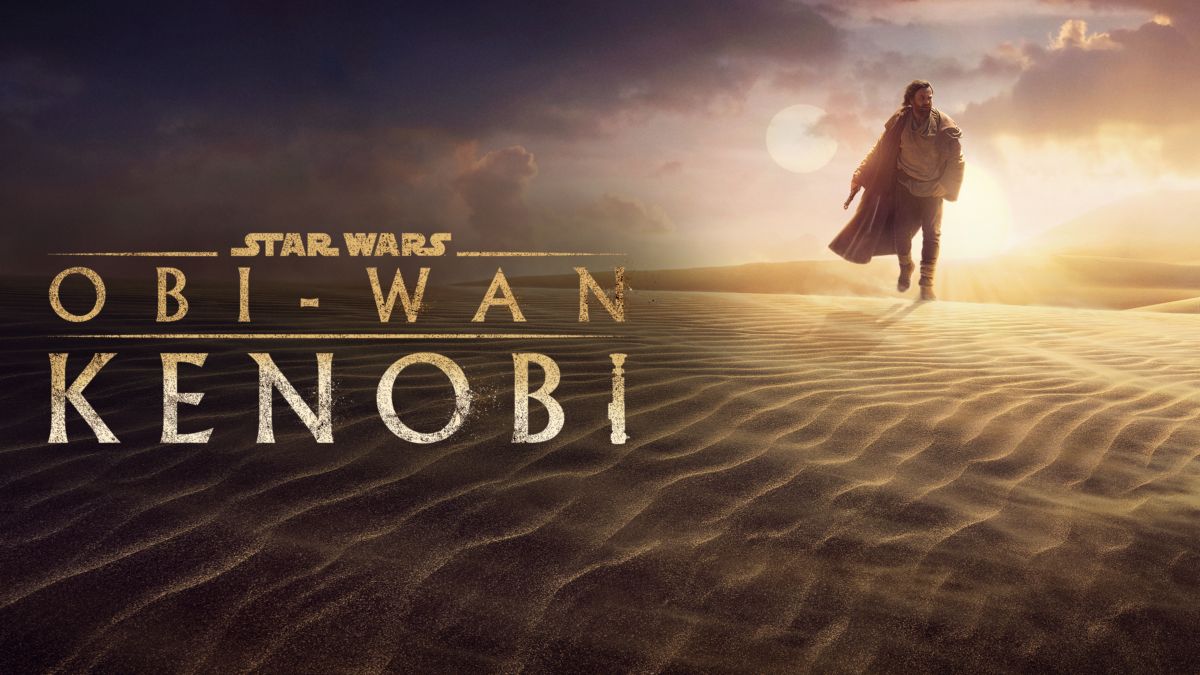 Obi-Wan is not haunted by ghosts, despite his nightmares.

Kenobi opens with a recap, reminding viewers of what happened in the prequel trilogies, particularly Obi-Wan’s role in training Anakin and his eventual downfall to Darth Vader. “He’s gone,” Yoda says, even as Obi-Wan refuses to kill Anakin, shouting that he was his brother. Obi-Wan lets Anakin burn instead of killing him instantly. It’s clear that Obi-Wan fully believes Anakin died as he wandered off to bring Leia to the Organas and Luke to the Lars.

In another decade, old Ben Kenobi will tell Luke that Darth Vader murdered and killed Anakin Skywalker, his father.

Throughout the first episode, Kenobi insists, first to the hunted Jedi who seeks his help, and then to his friend, Bail Organa, that he is no longer the same man. The Jedi are dead, he iterates, almost like a chant, even as one appears before him.

The Jedi are dead.

One wonders, as the Third Sister threatens Owen Lars, long after the viewer knows Reva will do whatever she needs to do, if Obi-Wan would have stepped in if the other Inquisitors hadn’t stopped her.

But Obi-Wan is dead.

He died with Anakin on Mustafar, and Tatooine turns him into an old fossil with his sand and twin suns. This Kenobi carries a blaster, a weapon for an uncivilized age. He places his lightsaber, side by side with Anakin’s, in a coffin which he buries in the sand.

Perhaps the most subtle and unexpected thing Kenobi did (for someone who didn’t follow the spoilers, at least) was the subtle bait and switch from Luke to Leia. Leia, playing pranks on Breha, identifying ships, not wanting to be a senator – perhaps harboring a suspicion of politicians from her father before her. Leia, foreshadowing the call she would send via an R2 unit another decade later: Help me, Obi-Wan Kenobi. You are my only hope.

Leia’s kidnapping, a plot hatched by Reva, prompts Ben to find Obi-Wan’s tattered remains, leaving his hideout on Tatooine to find her. Once there, he almost admits to Leia that she reminds him of someone, a leader. He references Padmé, but it’s only fitting that rescuing Leia from bounty hunters brings him more directly into Reva, who has no qualms about informing him that Anakin Skywalker is alive – as Darth Vader.

The two sides of despair and hope gently tug and tug in these opening episodes. Ben finds little hope in Luke, especially when Owen isn’t afraid to throw his failure with Anakin in his face, a verbal slap meant to drive him away. However, when Obi-Wan meets Leia, for the first time after birth, when he sees Anakin and Padmé alive inside her, it’s easy to see why the show’s tagline is Hope survives and how Obi-Wan, like Anakin, might not be as dead as they might think.

Perhaps the most unlikely source of hope was the presence of the trickster, Haja, who pretends to be a Jedi for the credits. When the Third Sister places the bounty on Obi-Wan’s head, it’s easy to assume he’s only in it for the money. But he gives himself to Reva, pretending to be a Jedi, despite knowing the dangers.

Like its predecessors, Kenobi adds depth and life to Tatooine. Although viewers no longer encounter sand people like before with the Boba Fett book, Kenobi follows The Mandalorian step and features the longest one-on-one conversation with a jawa who sells Ben toys, as well as an attempt to resell Ben’s stolen equipment.

It also gives a nod to the clone troopers, betrayed by the Republic, nearly forgotten and abandoned by the Empire, on the streets of Daiyu, as Kenobi perhaps feels more like Obi-Wan than Ben.

Obi-Wan’s antagonist is Reva, the Third Sister. In addition to being one of the few Inquisitors known by her real name, she mirrors key characters in the sequel and prequel trilogies. The Grand Inquisitor says that Reva is the least of them, that she came to them from the gutter. Many protagonists of star wars came out of the gutter: Luke Skywalker, a farm boy on Tatooine, Anakin Skywalker, a slave, Jyn Erso, a criminal, Han Solo a smuggler, Finn a stormtrooper and Rey, another desert orphan. The dawns of hope in this galaxy far, far away have often come from the gutters, and the stories of the named inquisitors have always been more than just the antagonist standing against the protagonist.

Reva wishes to curry favor with Darth Vader by capturing Obi-Wan. It’s easy to see how she’s shunned even by the Inquisitors. Based on the history of previous Inquisitors, it’s likely that she was shunned by the Jedi as well. We see a loneliness that was also in Anakin, now in Obi-Wan. I hope that Kenobi does more with Reva than making her a villain.

Isn’t there a bit of good in everyone? All one has to do is act accordingly.

All in all, in the dazzling expanse of the Tatooine desert, foiled by the glow of Daiyu’s neon lights, Kenobi features a broken heart that greets the viewer with a sweet, sweet “Hello there”.