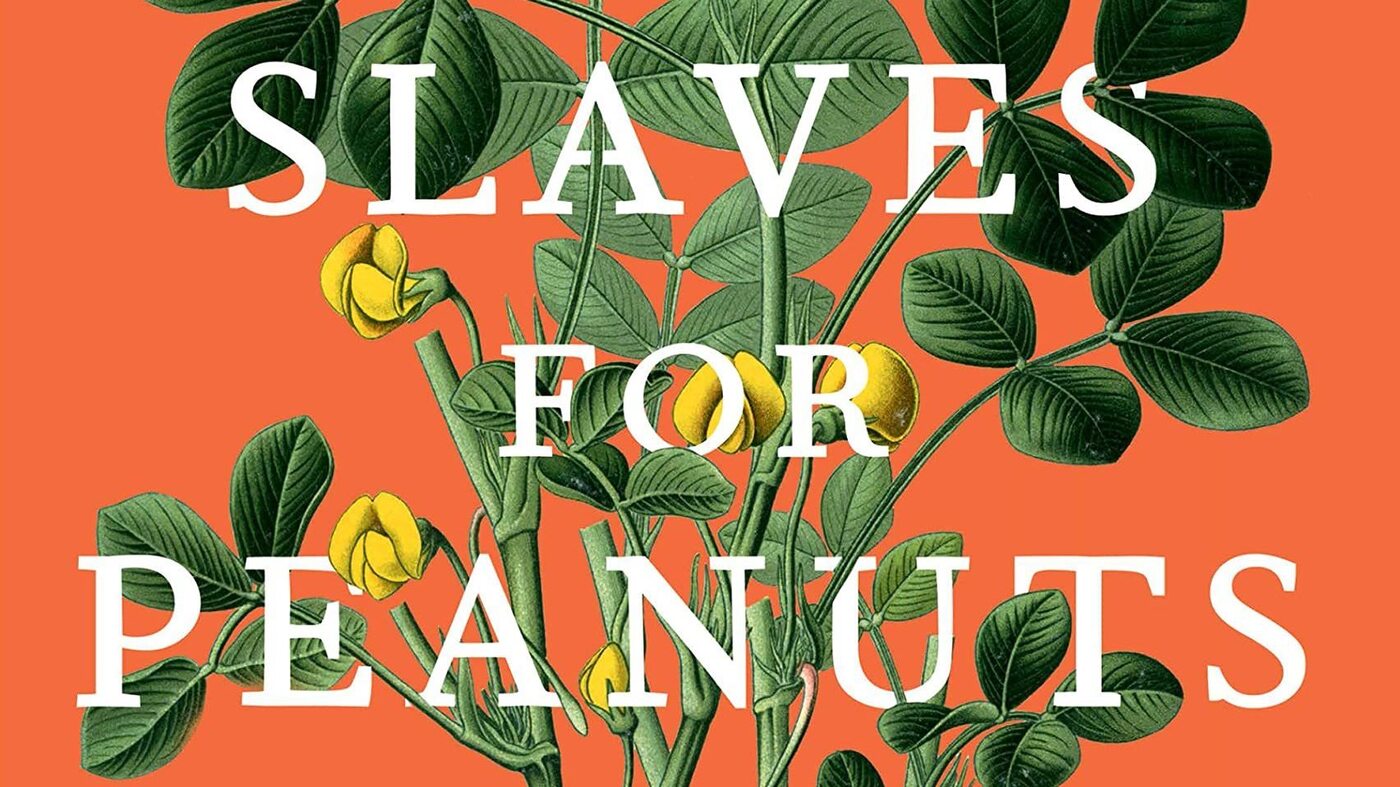 One of the pleasures of reading is discovering an unknown history and geography.

The first book by Jori Lewis, Peanut Slaves: A Story of Conquest, Liberation, and a Culture That Changed History, offers a myriad of discoveries. With an emphasis on a discrete period, mainly the second half of the 19th and the beginning of the 20th century, and a discrete geography – Saint Louis, Senegal, south along the West African coast to Freetown, Sierra Leone – Slaves for Peanuts weaves a complex story across time and oceans.

Lewis is an award-winning agriculture and environmental journalist. In addition to publishing in various journals, she received a prestigious Whiting Fellowship. She divides her time between Illinois and Senegal.

World consumption of peanuts is huge. Americans alone devour more than 1.5 billion pounds of peanut products a year. Senegal has been one of the world’s leading peanut producers for more than a century. Lewis, who is descended from American slaves and had a great-grandfather who grew peanuts in Arkansas, discovered that peanut farming in Senegal was intimately tied to colonialism and slavery in that region.

As Lewis set out to give voice to those who were enslaved, she encountered difficulties.

“There is a fundamental silence of Indigenous voices in colonial archives, which privilege those of European officials,” she writes. “And many of the epic poems or oral histories available that have been passed down from generation to generation often tell stories about the elites of society – kings, nobles, warriors and important religious leaders. almost never slaves.”

Lewis has more than diligently accessed the griots and combed through the records, but there are inevitable holes. To circumvent them, Lewis unfolds his narrative through individual stories, the history of peanuts as a cultivated culture, the important role of Islam in this part of Africa, France’s relationship to slavery and to colonialism, and the railway – which French officials literally “crossed”. to the detriment of local society.

The first individual described is Walter Taylor (years 1840-1899). His parents were freed “from the belly of a Portuguese slave ship” and returned to Africa by the British Navy patrolling for illegal cargoes after Britain abolished slavery in 1807. Lewis provides fascinating details about the 100,000 slaves “liberated” by British patrols. Some entered the British Army – voluntarily or involuntarily – some became indentured servants in the West Indies, still others established colonies of freed slaves in Sierra Leone.

Walter Taylor grew up in a farming community in Sierra Leone, where the Anglican Church had aggressive missionaries whose goal was to eradicate local religious practices and culture. He received an Anglican education and became a schoolteacher. Imprisoned for three months for “stealing” a book, he had to leave. Around 1867, he was in Gorée as an accountant in the peanut trade. Gorée is the small island off Dakar known for its door of no return through which millions of Africans sailed into slavery across the Atlantic.

Taylor eventually joined a French Protestant mission in Saint Louis, a series of islands at the mouth of the Senegal River and the seat of the French colonial governor, a French military base, and a trading center for Europeans and local mixed-race merchants. . St. Louis was unusual, writes Lewis, in that it was to “be a free city where no slaves would exist and where slaves also could regain their freedom. It was to become a refuge”, not only for those reduced to slavery due to the peanut trade. , but also for people enslaved by local Africans – kings, aristocrats and religious leaders.

Through perseverance, Walter Taylor became a leader in the mission, where he provided a safe haven for runaway slaves. His tireless efforts to free his fellow Africans during his lifelong travels between Senegal and Sierra Leone form the backbone of the book.

Taylor’s story is tied to French colonialism and the French government’s complicity in slavery in that part of the world. While France proudly declared it had abolished the trade, it turned a blind eye to enslaved Africans in the immensely profitable peanut trade, Lewis writes. The racism suffered by Walter Taylor was emblematic of the French occupation.

Lewis also describes the independent African kingdom of Kajoor and a succession of its rulers, including Lat Joor, the contemporary of Walter Taylor, who unsuccessfully attempted to oust the French in 1883. The trials and tribulations of Lat Joor, woven throughout throughout the book, provide a rare insight into local 19th century royalty in this part of Africa.

Lewis also tells the story of the peanut plant, which probably originated in present-day Brazil. When it was under aggressive cultivation in 19th-century Senegal, the hungry-mouthed West insisted on profits over techniques such as crop rotation and other essential agricultural practices.

Slaves for Peanuts dives into a fascinating and disturbing slice of history, bringing to light another glaring example of Western hypocrisy and oppression. The book is illustrated with extraordinary photographs, many of which date from the late 19th and early 20th centuries. It also provides detailed endnotes and an index.

Although Lewis tells some revealing stories, I found the book hard to follow at times. This was likely due to the many story pieces Lewis ambitiously weaves together and the lack of connective tissue in the scant historical record. Lewis knows it. Initially, she asks: “How do we tell the stories of people that history forgets and the present avoids?

Lewis has a lot to teach us. Once Walter Taylor’s mission closes its doors to escaped slaves, the true bottom line emerges. She writes, “The truth was that the no-refuge missionary enterprise for runaway slaves did not work. What was the point of evangelizing in a region where slavery was still an open secret?

Martha Anne Toll is a DC-based writer and critic. Her first novel, three muses, won the Petrichor Prize for Finely Crafted Fiction and will be published by Regal House Publishing in September 2022.