Is that why Ferrari is so fast? “No updates, but lighter parts” 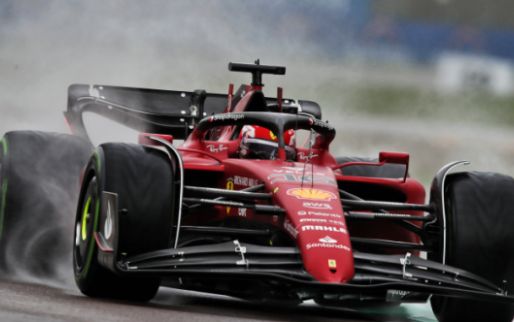 While the RB18 of Max Verstappen and Sergio Perez is still ten kilos overweight according to the latest stories, the Ferrari F1-75 of Charles Leclerc and Carlos Sainz is now all but rid of its excess weight. At least that is what is said in the paddock in Italy.

Ferrari was particularly fast in the rain in the first session of the weekend at Imola. The Scuderia was no less than 1.5 seconds ahead of rival Max Verstappen and the lead over the other drivers was even greater. This must have been largely due to the rain, as Ferrari, unlike all the other teams, didn’t take any updates.

Auto Motor and Sport now reports that the team, on the other hand, has brought some updated parts. This may be an explanation why Ferrari found a little more time. This is because modified parts are much lighter. According to AMuS, the F1-75 which was five kilograms too much at the start is now almost no longer too heavy and has almost no extra kilograms. While Red Bull still needs to lose about ten kilos, Ferrari seems to have arrived at the desired weight.

#AMuS reports that Ferrari didn’t bring any upgrades to Imola, but they did bring some lighter parts to reduce the weight of the F1-75.
The F1-75 was about 5kg over the minimum weight and with the lighter parts it was almost close to zero now #ImolaGP

Marko is amazing at Ferrari: ‘They don’t even need updates’