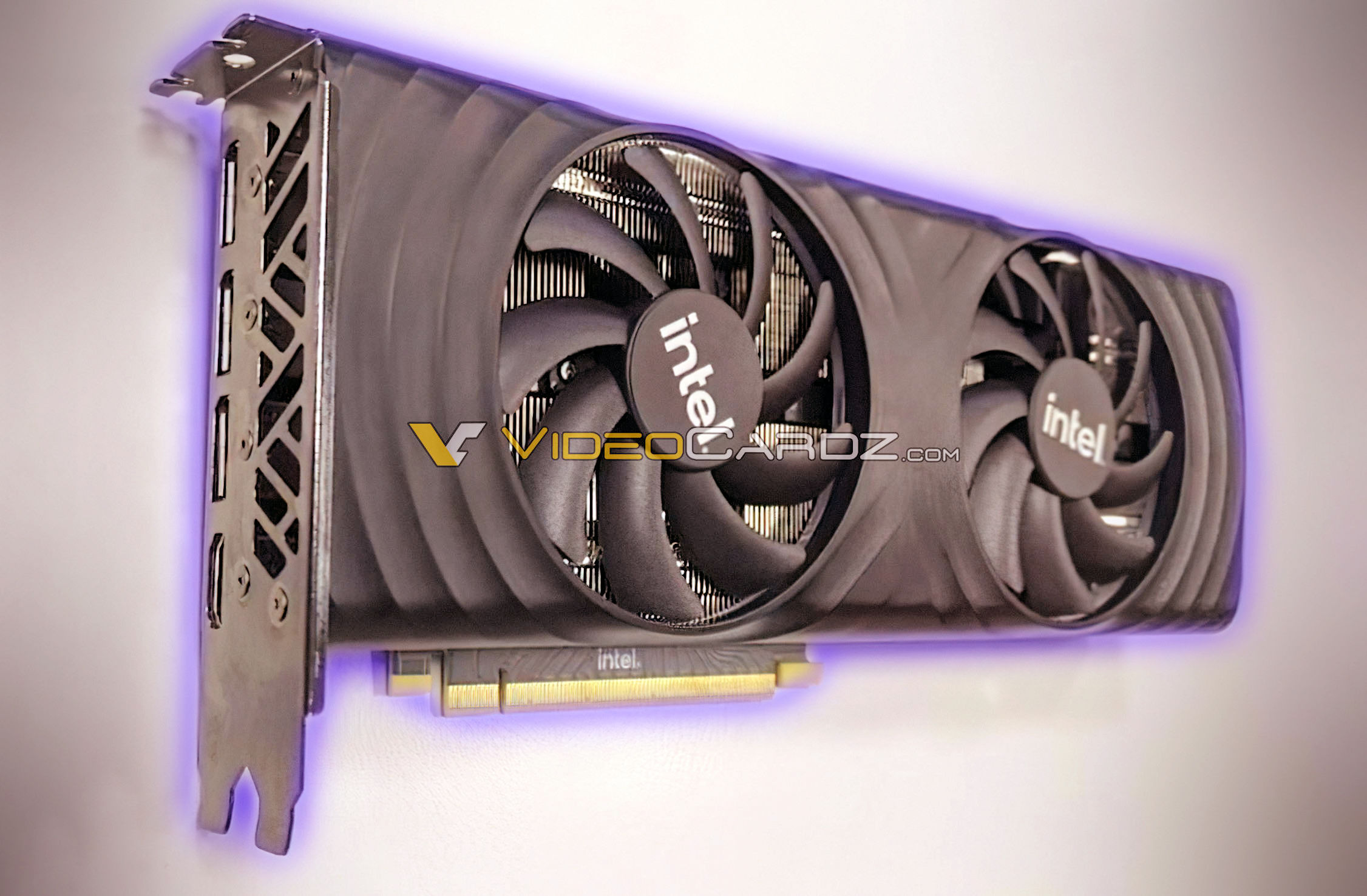 Here are some new photos of the Arc Alchemist desktop board. This is actually a third engineering sample to photograph.

This sample features a black dual-fan cooling solution, the same one seen in previous leaks. Additionally, we now have a better look at I/O support with three DisplayPort connectors and one HDMI connector. Intel has all but confirmed that Arc will be the first architecture to support DisplayPort 2.0, so it could be the first DP2.0 card to be pictured (at least from that angle).

The PCB reveals that the board has up to eight memory modules, meaning it’s either the 16GB flagship model or a 12GB scale model (depending on how many are installed on the other side).

In terms of power, this board has both 6-pin and 8-pin power connectors, but we can clearly see that there is room for a dual 8-pin configuration should that ever be required.

Overall, we can say that the map is a hybrid of the two previously pictured engineering samples, both of which were first shown by YouTuber Moore’s Law is Dead. The board has the same black shroud of the previous model with an extended green PCB, but at the same time it appears to use the updated board design just like the new sample with a silver shroud (as pictured on the right side shown below).

Either way, it’s pretty interesting to see how the design changes over time, although we can’t see any major design improvements anymore. This suggests that Intel should be ready to launch this new card soon, although if rumors are to be believed, the flagship desktop Arc SKU may not launch until Q2.