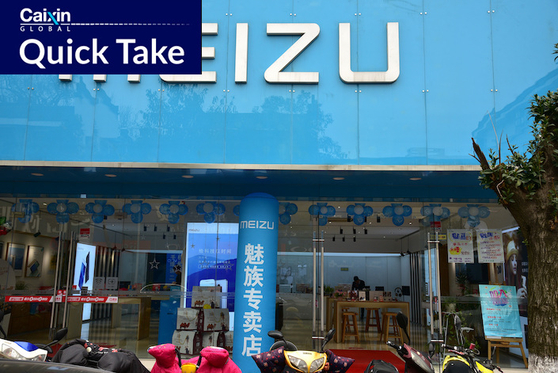 What’s new: A company controlled by the founder of the Chinese automaker Zhejiang Geely holding has agreed to acquire a 79% stake in Chinese smartphone maker Meizu, according to a statement released Monday by China’s market regulator.

The State Administration of Market Regulation said Hubei Xingji Shidai Technology Co. Ltd. had agreed to buy the Meizu founder’s stake and a unit of Alibaba Group Holding Ltd. The statement did not reveal the financial terms of the agreement.

After the transaction, Meizu founder Huang Zhang’s stake in the company will be reduced to 9.79% from 49.08%. Taobao China Holding Ltd., a wholly owned subsidiary of Alibaba, will sell its entire 27.23% stake to Xingji.

Xingji Shidai was launched by Geely Chairman Li Shufu last September with a registered capital of 715 million yuan ($106 million). The company did not conduct real business. Li holds a 55% stake in Xingji Shidai.

The background: Founded in 2003 as a maker of MP3 music players, Meizu was one of the first companies to get into smartphones in 2007, rolling out its first model two years later. Meizu operates an online sales model similar to Xiaomi’s, but struggles to break into China’s top five smartphone companies amid fierce competition.

Alibaba invested $590 million in Meizu in 2015, in a bid to integrate its struggling Yunos operating system with Meizu’s smartphone, but the collaboration was unsuccessful.

Other second-tier smartphone makers are facing similar challenges amid market consolidation around major players. Faced with operational difficulties since 2017, Meizu has taken measures such as closing stores, downsizing and lowering prices to cut costs and empty inventory. In the first quarter of 2022, Meizu’s market share in China was around 0.1%.

Quick Takes are condensed versions of China-related stories for quick news that you can use. To read the full story in Chinese, click here.

To download our app to receive news alerts and read news on the go.