DC Gives Deathstroke His Own “Year One” Story 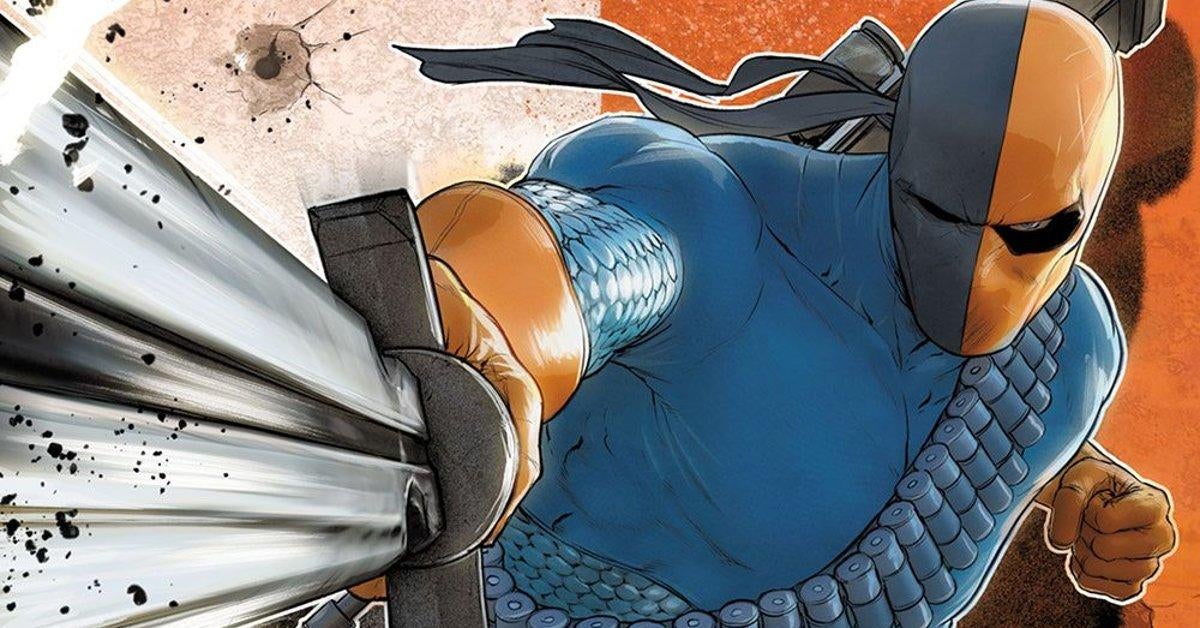 “Year One” stories are commonplace in the DC Universe, with heroes such as Batman, Superman, Wonder Woman, Green Arrow, The Flash and many more receiving them. One of the main antagonists of The Batman, The Riddler is even getting his own “Year One” spin-off comic written by actor Paul Dano. This makes for the perfect opportunity for another dominating villain, Deathstroke, to get the “Year One” treatment in his DC Comics series. of June Deathstroke Inc. #10 features the new creative team of Ed Brisson and Dexter Soy replacing Joshua Williamson and Howard Porter for a six-issue story arc.

The news comes from DC’s June 2022 solicitations. Williamson and Brisson both commented on what’s to come Deathstroke Inc. on social networks. “Due to the events of Shadow War, DEATHSTROKE INC. #9 is my final issue in the series,” Williamson said. “You’ll understand why once you read the Shadow War crossover. Major events occur in this story. BUT… the series will continue with a NEW creative team in June…”

“Beginning in June in DEATHSTROKE INC #10, @dextersoy and I kick off the six-issue script for DEATHSTROKE: YEAR ONE,” Brisson added. “Very excited to dig my teeth into Slade Wilson’s past. I’ve done a few things for @DCComics in the past, but this is my first show!”

“Shadow War” is a three-month crossover beginning March 29 between Batman, robinand Deathstroke Inc. – three tracks that Williamson is currently writing. Shadow War Alpha #1 finds Deathstroke committing an unthinkable act, which sends Talia al Ghul, Damian Wayne’s mother and daughter of the demon, in search of blood. As Deathstroke Inc. is attacked by the League of Shadows, Batman and Robin reunite to find Slade Wilson so he can be brought to justice.

Are you excited to read Deathstroke: Year One? The covers and the solicitation can be found below. Let us know your thoughts in the comments!

Due to the events of Shadow War, DEATHSTROKE INC. #9 is my last issue in the series.

You’ll understand why once you read the Shadow War crossover. Major events occur in this story.

Starting in June in DEATHSTROKE INC #10, @dextersoy and I launch the six-issue DEATHSTROKE: YEAR ONE script. Very excited to dig my teeth into Slade Wilson’s past. I did a few things to @DCComics in the past, but this is my first series! pic.twitter.com/3RZgVuOYvF

Slade Wilson’s past and bloody exploits are well chronicled, but how did Slade become the infamous assassin and mercenary known as Deathstroke? What dark turns did his life take that set him on a path of destruction that would tear his family apart? Find out as “Deathstroke: Year One” begins…