In this guest editorial, learn how labs around the world have implemented DNA/RNA Shield™ and Quick-RNA™ Viral Kits into their workflows to help fight COVID-19

To help address a lack of testing by Berkeley and the community, Jennifer Doudna’s lab at the University of California, Berkeley has developed a pop-up SARS-CoV-2 testing lab. Just weeks after the first lockdown, the lab processed its first COVID-19 samples in the first week of April. The lab then partnered with university health services and provided free tests to symptomatic students, with a 24-hour turnaround. With on-campus testing a success, testing became available to first responders, essential workers and the homeless. As lab capacity increased, they expanded testing to all symptomatic people in Berkeley.

After increasing its sampling capacity to more than 1,000 samples per day, the lab released a preprint outlining its methods so that other labs across the country could follow the same plan. Most COVID-19 labs have required that RNA extraction be performed in medical facilities to prevent staff from handling infectious live virus. Doudna’s lab did not have this luxury because the on-campus medical center did not have the capacity to perform pre-test preparation.

To protect our personnel from active viruses arriving on site, we have created our own sample collection kits using DNA/RNA Shield™ from Zymo Research instead of UTM… DNA/RNA Shield™ inactivates viruses and stabilizes nucleic acids for transport at room temperature.

To overcome this limitation and protect staff from live virus arriving on site, they opted to create their own sample collection kits using DNA/RNA Shield™ instead of Universal Transport Medium (UTM). DNA/RNA Shield™ inactivated all infectious pathogens and stabilized nucleic acids at room temperature.

Doudna Laboratory’s SARS-CoV-2 Contextual Testing Lab has been a success story during the pandemic and has received accolades from key thought leaders in the field. Their publication provided a roadmap to success for similar labs to meet COVID-19 testing needs. Read the Douda Laboratory pre-publication here.

In Albuquerque, New Mexico, as lockdowns were just beginning across the country, a small team of scientists from the University of New Mexico Center for Global Health (UNM CGH) decided to do whatever she could to combat the growing pandemic. Led by Dr. Douglas J. Perkins, this team joined a pilot study to assess the efficacy and effects of convalescent plasma (CP) on hospitalized COVID-19 patients. Convalescent plasma is taken from people who have recently recovered from an illness, in this case COVID-19, whose blood contains antibodies to fight that illness. To assess the viability of CP as a treatment for COVID-19, the team performed a quantitative analysis on three factors: immunoglobulin G (IgG), neutralizing antibodies (NAb) and the relationship between these two factors and the patient’s viral load. 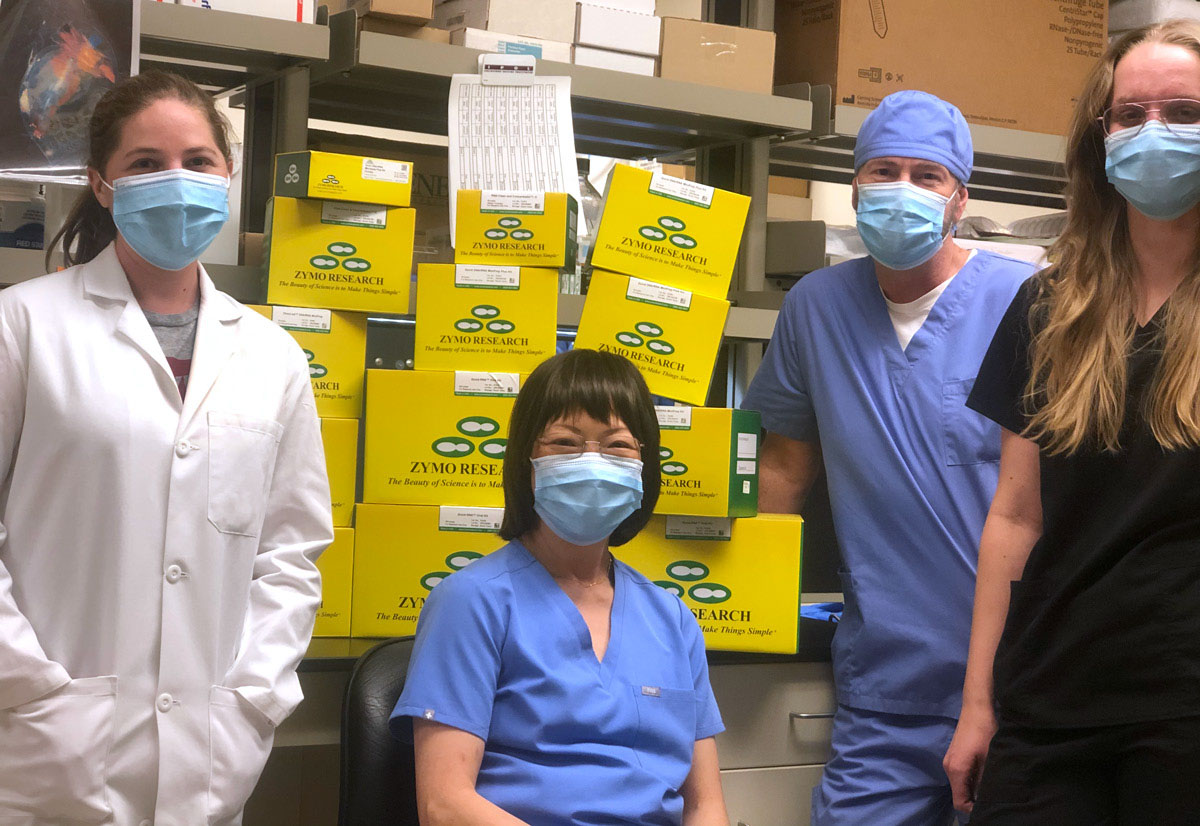 The team was the first to report NAb and IgG levels in the CP donor and recipients before and after transfusion using whole blood and nasopharyngeal samples.

However, being the first brought its own challenges. A risk of new pandemic research is that the infectivity of the virus being studied is not fully understood. Research Associate Professor at the Center for Global Health Department of Internal Medicine, Dr. Ivy Hurwitz noted, “There were many unknowns regarding the risk of SARS-CoV-2 infectivity in late February 2020 when this study began. As such, the handling and processing of infected patient samples was initially a concern.

To offset the risks of working with whole and nasopharyngeal blood samples from patients, the team has adopted Biosafety Level 2+ (BSL 2+) practices, which aim to protect researchers handling dangerous human pathogens. .

Testing to quantify NAb amounts was performed in a BSL-3 testing facility, the same level of biosafety required for working with pathogens such as tuberculosis and West Nile virus.

There were many unknowns regarding the risk of SARS-CoV-2 infectivity in late February and early March 2020 when this study first began. As such, the handling and processing of infected patient samples was initially a concern.

However, NAb and IgG levels are only half the story. The team also had to measure viral load before and after treatment to understand the effectiveness of the donated plasma. If the team found that viral load tended to decrease after treatment with the given CP, the study could suggest the given CP as a viable option for treating COVID-19.

Dr Hurwitz added: “Whole blood and nasopharyngeal (NP) swabs were collected from the patients throughout the two-week hospitalization. Whole blood was separated by density centrifugation and SARS-CoV-2 virus RNA was isolated from NPs in the BSL-2+ facility.

The team found that as NAb concentrations in the donor plasma increased and the viral load in the patient tended to decrease, suggesting that donated plasma therapy had some viability as a treatment. .

Although the team found an inverse relationship between the concentrations of neutralizing antibodies in the donor CP and the patient’s viral load, they also noted that the donor’s convalescent plasma did not always test for high amounts of NAb.

“We found that the median NAb titer in the donor units used in this study was low. We observed an inverse relationship between NAb titers and viral loads during the sampling days after CP transfusion in the A similar inverse correlation was also present between IgG levels for the SARS-CoV-2 S1 subunit of the spike protein and viral load,” Dr. Hurwitz reported.

The team’s findings suggest that donor plasma should first be tested for amounts of NAb and IgG prior to administration of donor CP to ensure efficacy of treatment on COVID-19 patients. 19.

“Although the limitation of our work is the small sample size, our results raise concerns about administering CP to large numbers of patients with COVID-19 without first screening donors or plasma for infection. NAb and IgG activity. Our results support the variability seen with CP therapy for COVID-19. The implication of this work is the importance of measuring NAb titers in donor plasma prior to infusion.

The team will continue and expand their research on COVID-19: focusing on the immune system response of patients with severe cases compared to non-severe cases, to identify potential new therapeutic targets for further investigation. extensively in the context of clinical trials, again implementing DNA/RNA Shield™ and the Quick-RNA™ Viral Kit in their workflow.

Additionally, the team supported the medical community by decontaminating N-95 respirators to make them safe for reuse to combat PPE shortages and keep frontline workers safe, as well as examining fomites to determine how SARS-CoV-2 spreads in hospital settings.

When asked what this important work means to them, the team remarked, “It has been an honor to work with such diverse and dedicated researchers during the pandemic. Another rewarding experience of researching COVID-19 has been contributing to treatment efforts for those suffering from this devastating disease. We hope that the treatment of COVID-19 will continue to improve clinical outcomes for patients and ease the burden this pandemic has placed on the global community.

Sequencing sample protection for the most unexpected moments 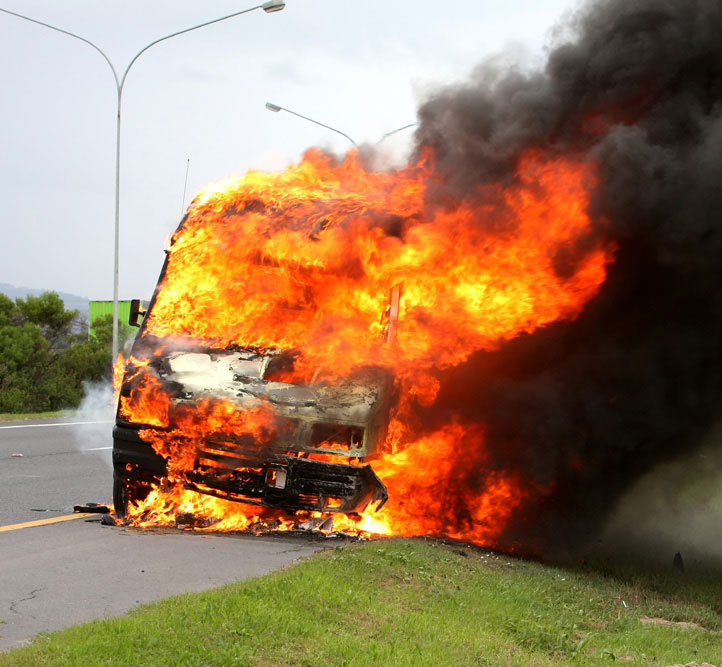 When technicians from the University of San Francisco in Quito in Ecuador sent COVID-19 positive samples for sequencing to a lab in another city, their final concern was that the samples were exposed to extremely high temperatures for transportation. But once the samples were on the way, the unthinkable happened. During transport, the vehicle caught fire and almost everything on board burned, reaching extreme temperatures (> 600°C). While the polystyrene box and the plastic box containing the COVID-19 positive samples were burned, the tubes remained intact.

The team feared that the genetic material would be degraded due to high heat exposure and that this would negatively impact their sequencing results. To their surprise, the samples were good because they were stored in DNA/RNA Shield™ and the group was able to successfully sequence the SARS-CoV-2 genomes. The stabilizing properties of DNA/RNA Shield™ protected the samples from degradation due to environmental factors such as temperature extremes, in this scenario.