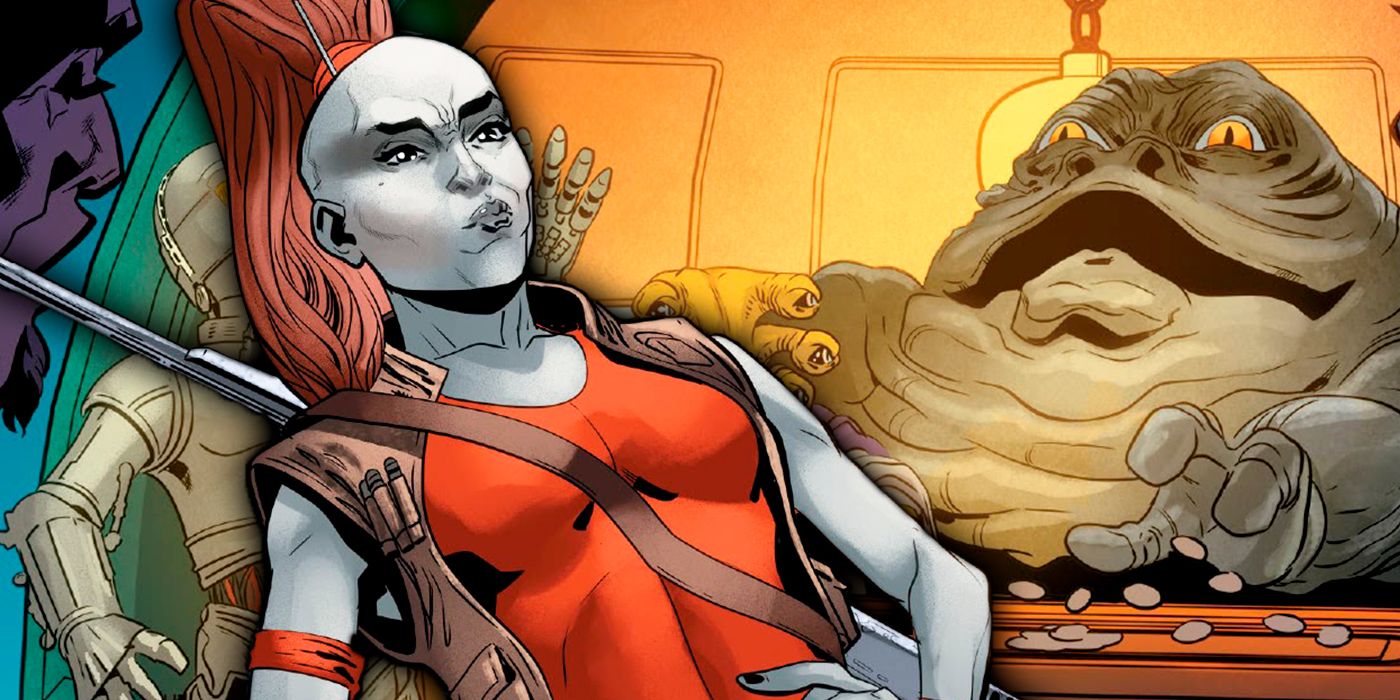 Star Wars: Halycon Legacy #2 was inspired by Richard Connell’s “The Most Dangerous Game,” but that’s not the only Star Wars reference to the tale.

In Richard Connell’s ‘The Most Dangerous Game’, Sanger Rainsford, a big game hunter, fell overboard while traveling in the Amazon to hunt jaguars. He managed to swim to an island that housed General Zaroff. While the two men initially bonded over their shared love of hunting, Sanger realized that his supposed savior hunted humans because all other animals weren’t enough of a challenge for him. Sanger was Zaroff’s next prey, but Sanger survived and eventually defeated Zaroff. In the story, “game” had a double meaning. If he framed hunting as a game or a sport, it also implied that humans were the most dangerous prey due to their ability to reason.

In Star Wars: Halcyon’s Legacy #2 by Ethan Sacks, Will Sliney, Rachelle Rosenberg, VC’s Joe Sabino, EM Gist, Lee Loughridge, David Lopez, Carlos Lao, Mark Paniccia and Danny Khazem, Aurra Sing and Zam Wessell teamed up to protect Colram Vestig and his son Wilmar from the Hutts. The Hutts have one of their own bounty hunters who kidnaps Wilmar to lure Aurra to Numidian Prime and participate in their own “dangerous game”. The Hutts have set up an arena and bet anyone who enters it will survive against the Predavorexx, a monstrous and deadly creature. Aurra killed the Predavorexx, and she and Zam rescued Wilmar, earning a handsome salary in the process.

In “Padawan Lost”, the penultimate episode of the third season of Star Wars: The Clone Wars, Trandoshan Hunters led by Garnac kidnapped Ahsoka Tano and hunted her with other Padawans and Younglings. However, in the season finale “Wookiee Hunt”, Ahsoka was able to rally the young Jedi and, alongside Chewbacca, defeat Garnac and return home. The bow was an important part of Ahsoka’s coming of age, as she realized her training made her capable of surviving anything the galaxy threw at her, and the experience also helped Anakin Skywalker recognize his growth.

RELATED: Star Wars Offers Another Perspective on Enemies of the Jedi

For the Trandoshan hunters, the main purpose of the hunt was to achieve glory, and the Padawans and Younglings gave them the opportunity to say they had defeated the Jedi. However, their choice of children as prey was telling. They wanted the glory of fighting Jedi, but they didn’t want to fight real fully trained warriors; therefore, they weren’t really looking for “the most dangerous game”. Garnac’s forces also dehumanized their victims by viewing them only as “prey” rather than sentient beings.

Unlike “The Most Dangerous Game” and the Star Wars: The Clone Wars bow, Hutts aren’t really hunters. Instead, they were completely detached from the fight, making ranged bets while their monster of choice fought. As in the original short story, they mostly chose seasoned hunters and fighters for their arena rather than young children, but the Hutts themselves were kept out of harm’s way throughout the fight.

The difference between these two dangerous games was the level of distance between the creators of the game and the subjects of the hunt. Star Wars: The Clone Wars’ Dangerous Game was ultimately closer to the original short story. However, both stories reveal occasional cruelty found in the star wars the underbelly of the galaxy when sentient creatures simply become pawns or prey in underworld games.

Jennifer Roy is a children’s literature specialist and freelance writer. She is currently focusing on writing content for CBR. She completed her PhD in English in 2020. A common thread running through her scholarly work is a focus on using adaptation and particular motives to tell and tell stories. You can find her on Twitter at @jen_d_roy.