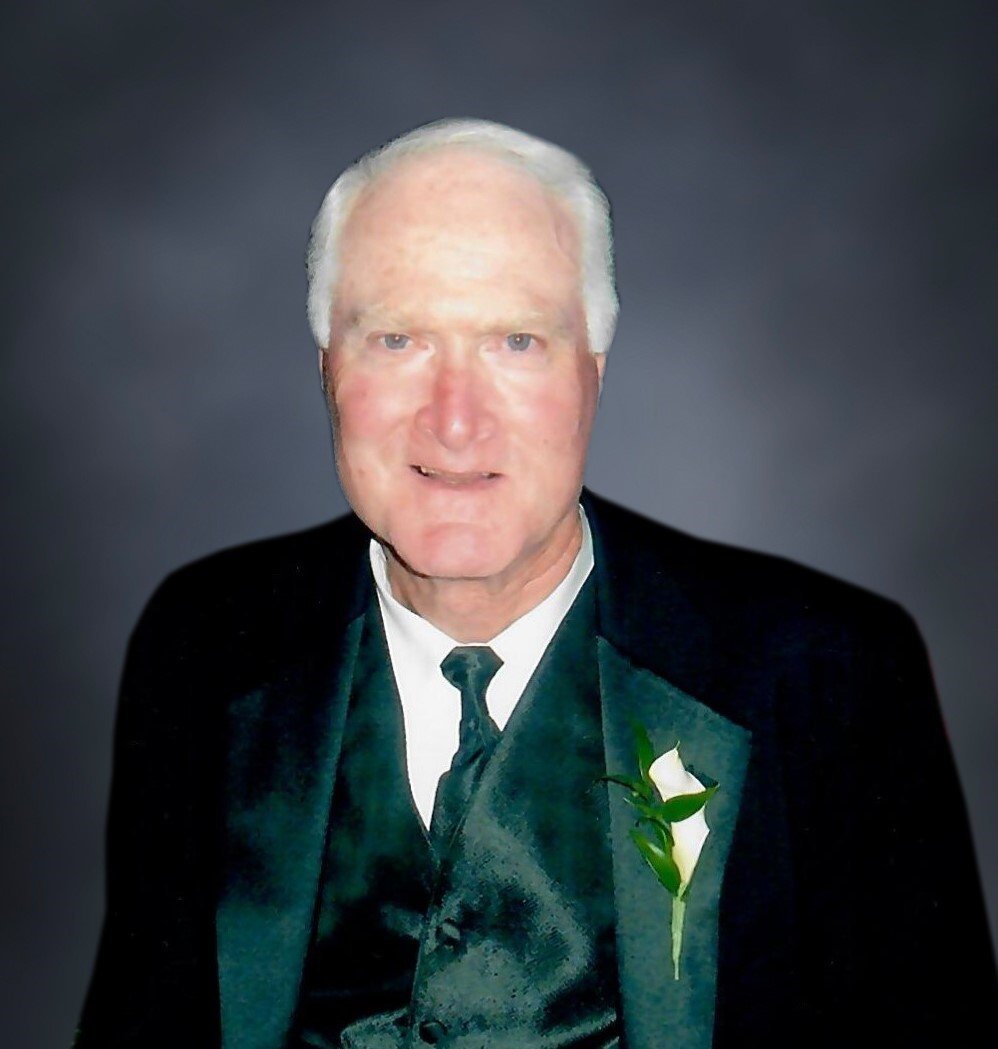 Charles Stanley “Charlie” Sample, 87, of Warwick passed away peacefully on Saturday February 26, 2022, surrounded by his loving family. Charlie was the beloved husband of Barbara (Bessette) Sample for 50 years. Together they made a life filled with love and family. Born in Brockton, MA on February 17, 1935, he was the son of Howard and Marjorie (Southwick) Sample. Minus several years growing up in Marlboro and East Bridgewater, Brockton was Charlie’s favorite stomping ground. “Stanley”, as he was affectionately known to his family and friends, spent his summers camping, canoeing and swimming with his family in Wareham, MA. In the winters, he was on the ice at Tack Pond with a hockey stick in hand in the backyard of the family home on Pleasant St in Brockton with his brother Larry and the neighborhood boys. The boys in the sample were the first on and the last to leave the pond. A 1952 graduate of Brockton High School, Charlie was co-captain of the BHS hockey team. The place where he made some of his most lasting friendships was on the run to the net. Sports and athletics were his interests and the US Air Force was his ambition. Charlie enlisted and served in the Air Force during the Korean War 1953-1957. A dedicated veteran, he was then posted to Hanscom Air Force Reserve Base, 94th Troop Carrier Wing in Bedford MA from 1959 to 1969 and then employed as an insurance specialist quality for the Boston District Defense Logistics Agency, Providence Office from 1969 to 1994. When he retired in 1994, he had worked for government services for 41 years. After retiring, Charlie delivered lost luggage for Green Airport, Providence, RI, as he had a passion for classy cars and was not shy about taking long drives. Charlie kept his stick on the ice as an avid amateur hockey player for the South Shore and Cape Cod Hockey Leagues. He was a former member of the Warwick Old Timers League and the RI Oldies Hockey League of Pawtucket, RI. He coached the PAL and WJHA hockey programs from 1971 to 1981. He also enjoyed golf as a member of the South Eastern New England Senior Golf Association. In addition to his wife, Barbara, Charlie is survived by a sister Elsie Lizio, of Brockton, his children Mary-Ellen (Raleigh) Jenkins, Larry (Jenn) Sample, Christine (Michael) Iadevaia and Chuck Sample, as well as several small -children and great-grandchildren. He was predeceased by brothers Larry and David, sister Anita Sethares and son, Edward L. Walsh, Jr. The family would like to express their sincere gratitude to the administration and staff of the Alpine Nursing Home for the care and the compassion Charlie received while making it his home. His funeral was held on Wednesday March 9 at Barrett & Cotter Funeral Home, 1328 Warwick Avenue, Spring Green, Warwick, with a Christian burial mass at St. Kevin’s Church, 333 Sandy Lane, Warwick. Burial with military honors took place at Rhode Island Veterans Cemetery, Exeter. To leave messages of condolence, please visit www.barrettandcotter.com