America is the essential story of Judge Dredd 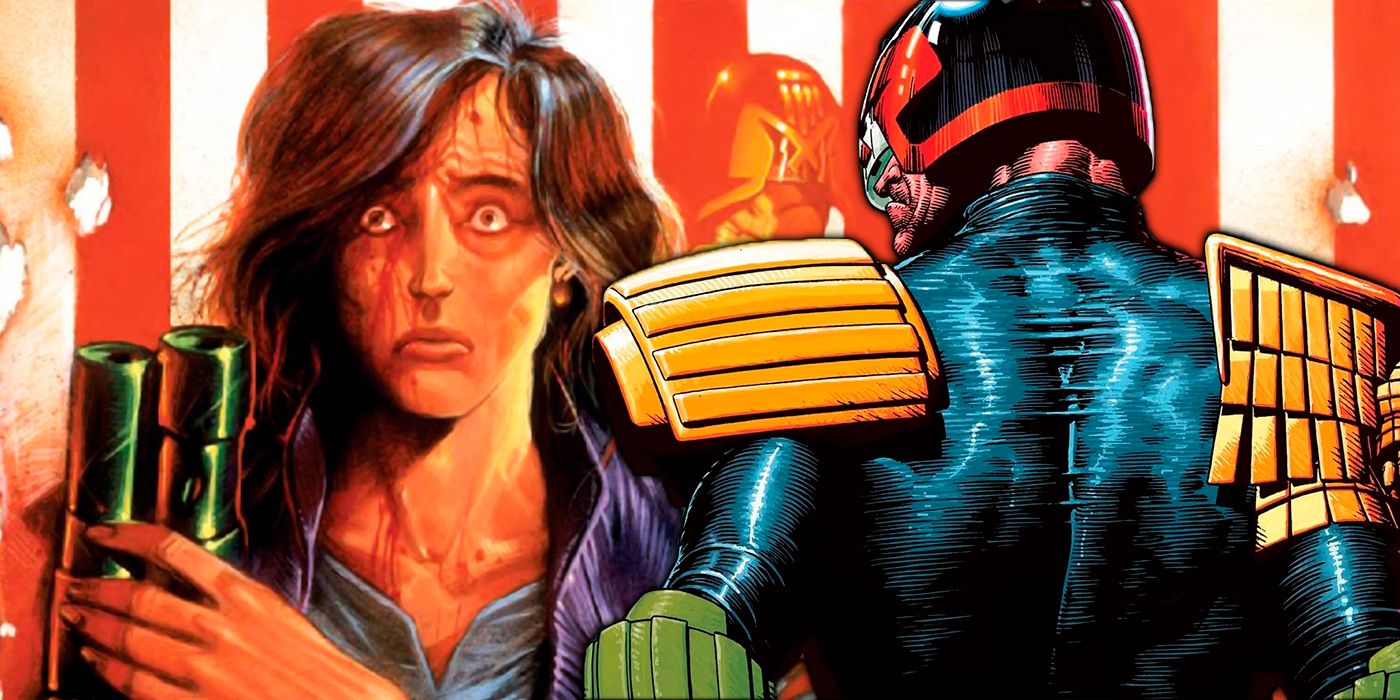 Since its inception in 1977, Judge Dredd by John Wagner and Carlos Ezquerra has served many functions. The character was portrayed as a comic book action hero, a stone-faced straight man in a futuristic world of oddities, and the only thing standing between Mega City One and a certain fate. One thing the creators of Dredd have never shied away from is portraying their future lawman as a less than savory figure.

Between enduring apocalyptic wastelands, battling mutants, and avoiding the end of the world (repeatedly), it can be easy to forget what Dredd is at his core. As the fascist government hooker of Mega City One, Dredd is no hero. After all, he’s the man who coldly murdered half a billion people (innocent and otherwise) in the “Apocalypse War” finale, and who routinely executes lawbreakers on the spot. And no story distills this aspect of Judge Dredd (as well as the legal system of Mega City One) like “America”, which originally appeared in Judge Dredd Magazine #1.01-1.07 in 1990.

Written by John Wagner and illustrated by Colin MacNeil, “America” ​​may be the definitive Judge Dredd story. Keeping Dredd in the background, it follows two citizens of Mega City One – the titular America Jara and her friend, Bennett Beeny. The story follows the two characters through their childhood to their eventual drift. Beeny becomes a rich and successful pop star as America joins the terrorist group Total War.

After witnessing the group kill a judge, Beeny becomes involved in their plot to destroy the Statue of Liberty. This backdrop is used to demonstrate how far Dredd and the Judges are willing to go to keep their grip on the city and crush the citizens’ growing cry for democracy.

Now over thirty years old, “America” ​​is widely regarded as one of the greatest Judge Dredd stories ever told. Taken on its own, the story is a harrowing crime thriller. For the full effect, however, it must be taken in context – as part of a larger arc about the fight for democracy within Mega City One.

Beginning in 2000 AD #460 (by John Wagner, Alan Grant, and John Higgins), this long-running storyline explored the judges’ grip on society and the actions they were willing to take to retain their power. What begins as a disinformation campaign against Democrats takes a more sinister turn as judges crack down on “riots” (impersonating citizens and escalating violence) and kidnap protesters and figureheads.

All of this sets up “America”, the best known and most beloved of democracy scenarios. This, in turn, led to the events of “The Devil You Know” (by Wagner and Jeff Anderson) and “Twilight’s Last Gleaming” (by Garth Ennis and John Burns) in which the protesters are finally heard, and the judges finally grant Mega City One its referendum.

For all of Dredd’s actions in these stories, Wagner and Grant refuse to paint him as an abject monster. Dredd is a tool of the establishment; an inflexible and terrifically efficient enforcer of the law. “America” ​​and the other Democracy stories examine what it’s like for the citizens of Mega City One and what happens to those who dare to challenge the status quo. As much as it questions the experience of citizens under the judges, “America” ​​also examines Dredd’s status within the legal machine as a devoted agent of government and its most staunch supporter, becoming even more relevant with the age.